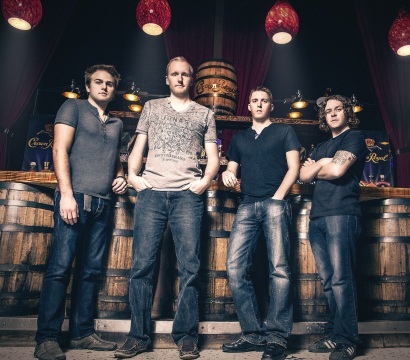 - 'Let This Die' was featured during the opening montage of the 2015 IIHF World Junior Hockey Championships on TSN.

- 'Left to Burn' was featured in a 2015 episode of the TV series 'Open Heart,' which airs on ABC & TeenNick in the United States, and YTV & Spark in Canada.

- 'The Unbroken Line' was featured in a segment of 'Homegrown' which aired on Global Winnipeg.

- Interviews on numerous terrestrial and online radio stations in Canada, the United States, and Europe.

- 5 tracks in rotation across college radio stations in Manitoba.

- Over 1200 unique visitors to www.leftofcentremusic.com on a monthly basis.

- 150+ live performances since the group's formation, all with the four original founding members

- Multiple appearances at summer music festivals including Rockin the Fields of Minnedosa and Rock The Block.

Thank you for reaching out to us! We will get back to you as soon as possible!
Information Request