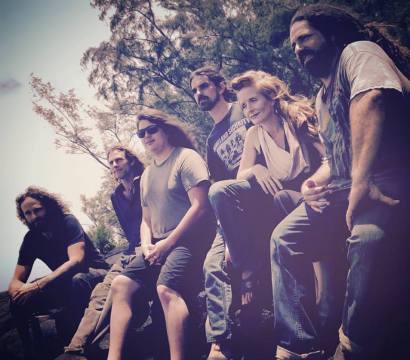 Erupting out of the jungle and flowing from the beach to the rest of the world comes Hawaii’s own Love Eternal. This roots reggae and soul rock band perfectly energizes musical movement with the power of their righteous message. Led by a male and female vocalist duo that resembles the vitality of Black Uhuru combined with the soul of Bob and Rita Marley, Love Eternal enlists their music as a vehicle for conscious change.

After nurturing local fame through self released albums, radio airplay, 100 shows and festivals, and even their own large-scale festival, The Rejuvenation Fest, Love Eternal transplanted to the Big Island of Hawaii in 2013.

Continuing to use their music for the greater good, the band received local love for their positively empowering video ‘Go With the Flow’, about the effects of volcanic erosion on the Big Island. Love Eternal has also fostered a following from metaphysical and yoga enthusiasts for their forward thinking significance, altruistic vibes, and the conscious experience of their charity and benefit shows.

In fact, press and radio are comparing their sensational music, message, and vibes to Nahko and Medicine For The People and Michael Franti.

Recently, Love Eternal has been signed by Universal Music Group’s independent subsidiary, Lucent Records, out of Southern California. The band has an exciting new 6 song EP, “Good Life”, slated to be released November 11 2017. The album features a track with legend, Prezident Brown along with the title single that’s already receiving underground buzz. Love Eternal is currently preparing for a West Coast tour to promote the “Good Life”.

With their tour and newest project about to bloom, Love Eternal will soon be a fresh pick for the genre and scene.

Love Eternal's home and recording studio is just a few blocks from what is being called the largest erruption of Lava on Big Island Hawaii. A Lava Evacuation Tour is planned for June and Early July 2018 with oter bands displaced.

Update Required To play the media you will need to either update your browser to a recent version or update your Flash plugin.
Download Download
Back
You Tube
Contact Information
Jahred Namaste'
831-319-8755
jahred123@icloud.com
Information Request