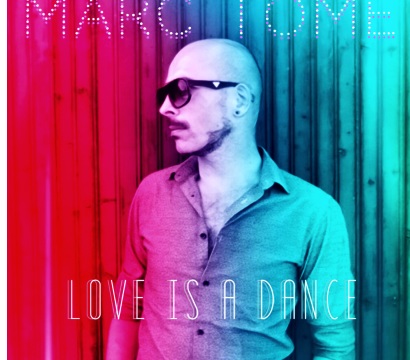 He started writing poetry by the age of 15.

When he moved to Paris in 2013, he started creating his own music.
In 2016, Marc Tomé, starts a collaboration with Hip Music Production, from the artist, Deldongo.

The first song, was I WILL KILL THIS LOVE,since then many other songs has been released.

In 2020, Marc Tomé, releases his first EP, with 4 songs, "Love Is A Dance"
The songs are about, Marc's personal life, in the lyrics, he is inspired by artists like Tori Amos, Suzanne Vega and Leonard Cohen, in the music environment, is a mix of POP, Dance, Urban, Electro and Rock, in a style like Daft Punk, Blow and Pharrell Williams.

In the Summer of 2020 Marc Tomé started working with a new collaboration, Joshua Hudes, a British Producer to develop a new sound.

- FROM LOVE TO ZEE

On this new project Marc is also credit as a composer.

Since his debut, in 2016, many Tomé's music have been played in several stations around the world.