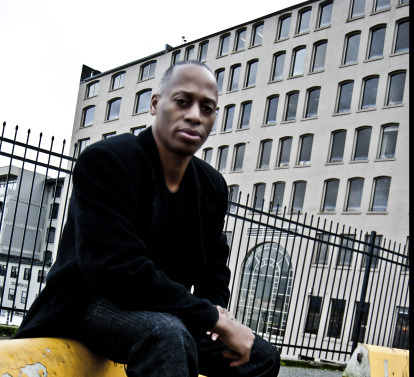 Born & Raised from Tacoma, Washington
At the young age of 10,Mark would provide music for his Mom's party's , But when his mom bought him Two Turntables and a Microphone at the sweet age of 16 , it changed his life , and he never looked back . From Djing House party's , to spinning all his High School events. He even received a credit for playing music for the school lunches , and kids from other schools would gather to hear him spin . It was one big party.

(1983) At the age of 18, Mark became one of the Pioneer Dj's of the Pacific Northwest , spinning at one of the hottest teenage nightclubs around ( The Spectrum Nightclub ) where they would bring such acts like: SIR - MIX - ALOT , ICE - T , EGYPTIAN LOVER , RODNEY-O & JOE COOLEY , BOOGIE BOYS , NOCERA , CONNIE , Just to name a few.

This was a time when they tried to ban Hip Hop music from the Pacific Northwest. Mark was one of the Few & Proud Pioneers to keep it alive.From Spinning At clubs with other Pioneers such as JEFF FRADY , PAUL BUTLER , DONALD GLAUDE , to Djing from Seattle to California, Canada & Latin America.
Spinning at BOBBY BROWN'S BDAY PARTY , And HOSTING SNOOP DOGGS DJ JAM'S BDAY PARTY With the whole DOGG POUND In the house , plus being MAXAMILLION DJ For a few show's.Even chaperoning EMINEM'S CREW D12 when they were in town.

Mark also had an Successful DJ RECORD POOL ( FOURCLAW ENTERTAINMENT ) with the help of NASTY - NES / CRAZY PINOY and all INDEPENDANT & MAJOR RECORD LABELS.
He has Currently Co - Written songs for STELLAR AWARD NOMINEE:" EVA SABINIANO "
http://www.evasborntopraiseministry.com
And Tours with ULTRA / SONY RECORDING ARTIST : "ROSETTE" As her DJ / HYPEMAN
http://www.rosetteofficial.com
With over 30 yrs of Experience , Whatever your Function needs
Dj Mark Martin can Deliver

SPINNING THE CUTZ OF TODAY / LIKE HE DID BACK N THE DAY!!!

CHECK OUT THE VIDEO!!!