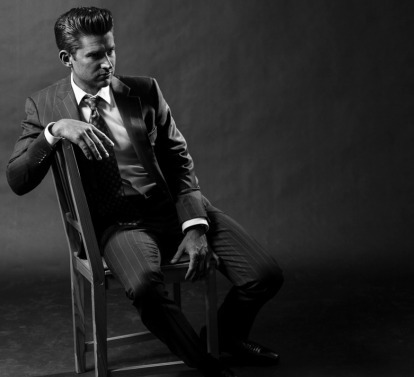 Matt Dusk is one of Canada's most beloved male jazz vocalists, forging a career in music that has resulted in 3 critically-acclaimed studio albums including a GOLD record for the debut album TWO SHOTS and a GOLD record for his third album GOOD NEWS. Dusk has had three number one radio hits: ALL ABOUT ME (Canada), BACK IN TOWN (Japan), and GOOD NEWS (France).  He is an alumnus of the St. Michael's Choir School and studied under jazz piano legend Oscar Peterson at York University.

Matt has recently completed his 6th studio album.  The album is entitled   My Funny Valentine: The Chet Baker Songbook, and pays tribute to the legendary trumpeteer and vocalist.  Recorded with a 80 piece orcehstra, the EP will be released on October 23 2012, and the full album on January 29 2013.