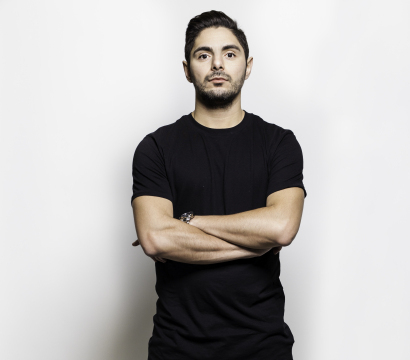 Born and raised in Toronto Canada, Mike Jacinto grew a passion for music at an early age by listening to musical influences such as Michael Jackson, Daft Punk, Notorious BIG, Dr. Dre and more. This ignited weekly visits to the local record store, ultimately cementing his passion in becoming a DJ. At age 15 through dedication and practice, Mike landed his first club gig and quickly rose to become one of Toronto's most sought-after DJs.

Following success as a DJ, Mike ventured into music production with his music landing on the playlists of some of the world’s biggest DJ's. His debut single, “Relic” was released in 2009 on Mark Knights Toolroom Records (https://www.toolroomrecords.com/). In 2010, "Molly" his biggest hit, charted on Beatport.com's top ten (http://www.beatport.com). It quickly gained support from heavyweight DJs such as Swedish House Mafia, Martin Solveig, Kaskade, Fedde Le Grand and more. With his music touching people from around the world, he has been fortunate to tour internationally to places such as Brazil, Portugal, Chile, St. Maarten, USA and more.

In addition to his international success, Mike has been a local favourite in the scene for over 15 years, holding residencies at top venues throughout the city, and performing at some of the country’s biggest events/festivals.

Through his unique creativity and excellent formatting, Mike is able to cater to all demographics, adapting to any style of music and creating a vibe within minutes of touching the decks.