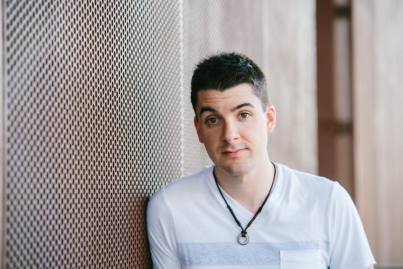 In September 2011 Mike Petty recorded a five-track EP called “Fade Away,” on which he did all of the drums, keys and vocals. Since then, Mike has been touring with many different acts playing drums professionally. "Now I feel God calling me to lead again," he says. "I feel [He] is really leading me to make this next EP a very special one." Mike's ultimate goal is to see lives changed for God and to encourage others through music.

After the unfortunate passing of his father this year, Mike felt even more motivated and compelled to get started on his next project. His father was always very encouraging and wanted to see Mike succeed as an artist. The first time around, Mike didn't expect to get one of his recordings on the radio. His song "Take Me Down" played for three months on 102.9 The Buzz out of Nashville, Tenn. One of his songs, "Restart," was also used in a video for Small World Adoption. He just finished touring with major-label country artist Jared Ashley, Nashville, Tenn., as Jared's drummer and background vocalist to follow God's calling on his life as a worship leader. Mike is a very passionate worship leader currently at Victory Baptist Church. He just finished his next EP Love Is Calling with producer Sean Rogers at Hey World Productions and it has now hit all of the online music stores! In his song called "Love Is Calling," he writes, "if Christ is in us, His love should overflow, the dark can't hide this light, so set this love aglow!" Mike really wants to see the church not be afraid to be the change in this world! He states, "I really believe now is the time more than ever for the church to step out and spread the love of Christ. If Christ is in us, we should be seeking out opportunities within our communities daily of how we can spread His love to the masses. It only takes one small act of kindness to start a movement!"

We are a GO!! I really believe God is going to do incredible things with and through this project. PLEASE PLEASE PLEASE support! http://igg.me/at/Mikepettymusic/x/1117