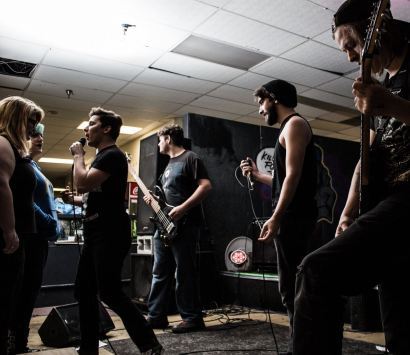 My Last Years is a post-hardcore band from Georgia. Established in April, 2014 by vocalist Andrew Preavett and guitarist Logan Morris. In early 2015 My Last Years released their studio single, "Face In The Crowd" along with their first music video. The majority of their shows being in Atlanta, you can always find the band after their show at the nearest Cookout restaurant enjoying the luxuries of downtown fast food. The band is in the writting process of a full length album and has released their first single off the album called "Dimensions". My Last Years has had the privilege in playing along side bands as Alesana, Silent Planet, and The Funeral Portriat just top name a frew. The band members consist of Andrew Preavett (Clean Vocals), Ethan Sather (Sreams), Brendan Bagwell (Guitar), Luke Myers (Bass), Jalen Roark (Drums)