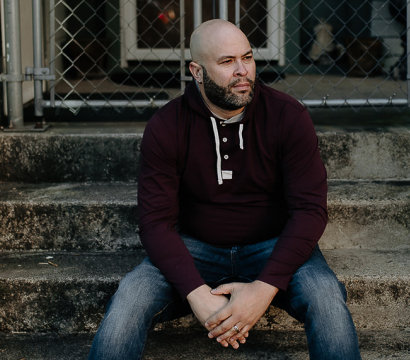 Fueled by his passion for music and admiration for the Hip-Hop culture, Troy "Tnyce" Richardson was born and raised between small town North Carolina and the area affectionately known as the DMV(DC, Maryland, Virginia). He began spinning records in his mentor's studio at the age of 15, and over the next few years, has honed his skills rocking parties, clubs, bars, weddings, and many other corporate events. Since returning to the DMV, DJ Tnyce has steadily made his way into the nightlife and private event scene, dropping banger after banger at some of the hottest nightspots in the city, along with continuing to build his wedding and private event clientele list, providing the vibe for clients such as W Hotels, MGM, Pepsi, and Verizon, just to name a few. While he is now based in the Baltimore/Washington DC area, he strives to maintain a connection to the Raleigh/Durham NC area, along with other rural areas, as those are still considered home to him as well. Though music was his first passion, Tnyce is also an U.S. Navy veteran, and a dedicated member of the Haliwa-Saponi Indian Tribe. His love for music has only grown over the years, and he refuses to be put in a box, or bound by one specific genre. His motto being, "I just like to play good music, no matter who the artist is." should speak volumes about his playing style, and hopes to bring his particular vibe to a city near you!!