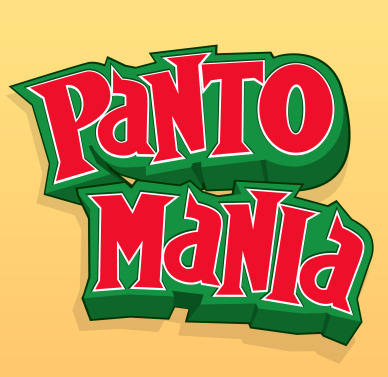 Pantomime, full of its particular storytelling and acting conventions, is a theatrical genre that is close to the hearts of children and adults alike.  In some parts of the world, particularly the UK and Ireland, Christmas would not be the same without the family heading out to see the latest incarnation of such well loved tales as Snow White, Jack and the Beanstalk, Aladdin and Cinderella.  These shows have grown over the years to become spectaculars, with amazing costumes, special effects and a cast featuring stars of yesterday and today, all combining to create a shared experience in which the audience can create as much of the action as the performers on stage with the cheering of the hero, the booing and hissing of the villain and the calls such as ‘He’s behind you’ ringing out through the theatre.  This is all a long way from the humble beginnings when it was a short entertainment between the acts of an opera.

Pantomania takes all the traditions of contemporary pantomime,  the innocent heroine, the dastardly villain, the hilarious character of the dame, even the pantomime horse, and brings them to life in an entirely new show with one startling variation.  Instead of a huge cast and chorus, the entire pantomime is performed by only two actors (with the assistance when required of members of the audience or special guest artists) It also deconstructs the elaborate staging and costumes to recreate all the magic and characters using a simple box of objects which includes pieces of cloth,  a rope and a toilet brush!  Most importantly it engages the imagination of audiences, making them part of a live theatrical experience rather than passive viewers, a wonderful and exciting exercise especially for children who are shown that there is no magic as powerful as the magic of one’s own imagination.

Pantomania brings to life the story of Cinderella with an energetic and action packed performance featuring an all new, contemporary pop music score.  It takes place in a theatre where the acting troupe has failed to turn up and it is left to two enthusiastic but unprepared cleaners to give the audience all the excitement of the story of Cinderella as she deals with her wicked stepmother, the unlikely assistance of a crazy fairy godmother, a royal ball at which her ugly stepsisters are lurking about and a handsome prince to fall in love with.  With her only friend Buttons the footman there to comment (though never around when he is really needed) Cinderella must overcome all the obstacles of a mountain of housework, what to wear to a royal ball, how to get there and how to be reunited with her Prince Charming when locked in a cupboard.

Pantomania Cinderella was originally created for the UK company West End in Schools to not only introduce children to live theatre in their own school but also to explore the themes of cooperation, imagination and the true meaning of Christmas whilst celebrating the tradition of pantomime through its most well loved story.  It has now been expanded to give audiences everywhere the opportunity to take part in this special live theatrical experience and can be adapted to suit the requirements of venues and audiences everywhere.

Over 25,000 children watched Pantomania in delight from Arundel to Worcester..... Merry Christmas UK.

Update Required To play the media you will need to either update your browser to a recent version or update your Flash plugin.
Download Download
Back
You Tube
Contact Information
Jill Colebourn
JC Media Consulting
Suite 102
2 Point Street
Pyrmont
NSW 2009
Australia
+61 404 833 316