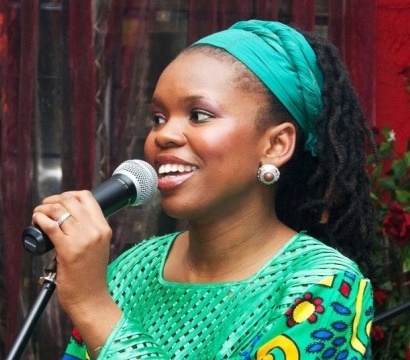 One of South Africa’s most anticipated cultural musical and artistic performances in recent memory. Qwathikazi has performed before tens of thousands of fans in her native South Africa and on the World stage.

Qwathikazi also known as (Ntsiki Matiwane) was born in Port Elizabeth, South Africa. Qwathikazi fell in love with music while attending church, as a young lady she loved to write poetry. It was only after she moved to Cape Town did she explore transforming her poetry into songs and this was the beginning of it all for her.

While in Cape Town Qwathikazi started performing her music for American and European tourists. During these performances she garnered fast and immense recognition. Qwathikazi had the great opportunity to perform during the 2010 world cup where at the main fan park. She also performed at the opening ceremony of her country’s Parliament the same year.

After her World Cup performance she made her move to Johannesburg so that she could challenge herself to become one of the country’s finest cultural artists. Qwathikazi freshman album (NTINGA) meaning to “mount” or to “arise” debut to a huge waiting audience. This was the beginning of a lifelong journey for Qwathikazi, now she takes her “Sounds of Tradition” music to thousands of cultural music fans throughout the World. It has been a long journey to get here and now the western world will hear QWATHIKAZI.