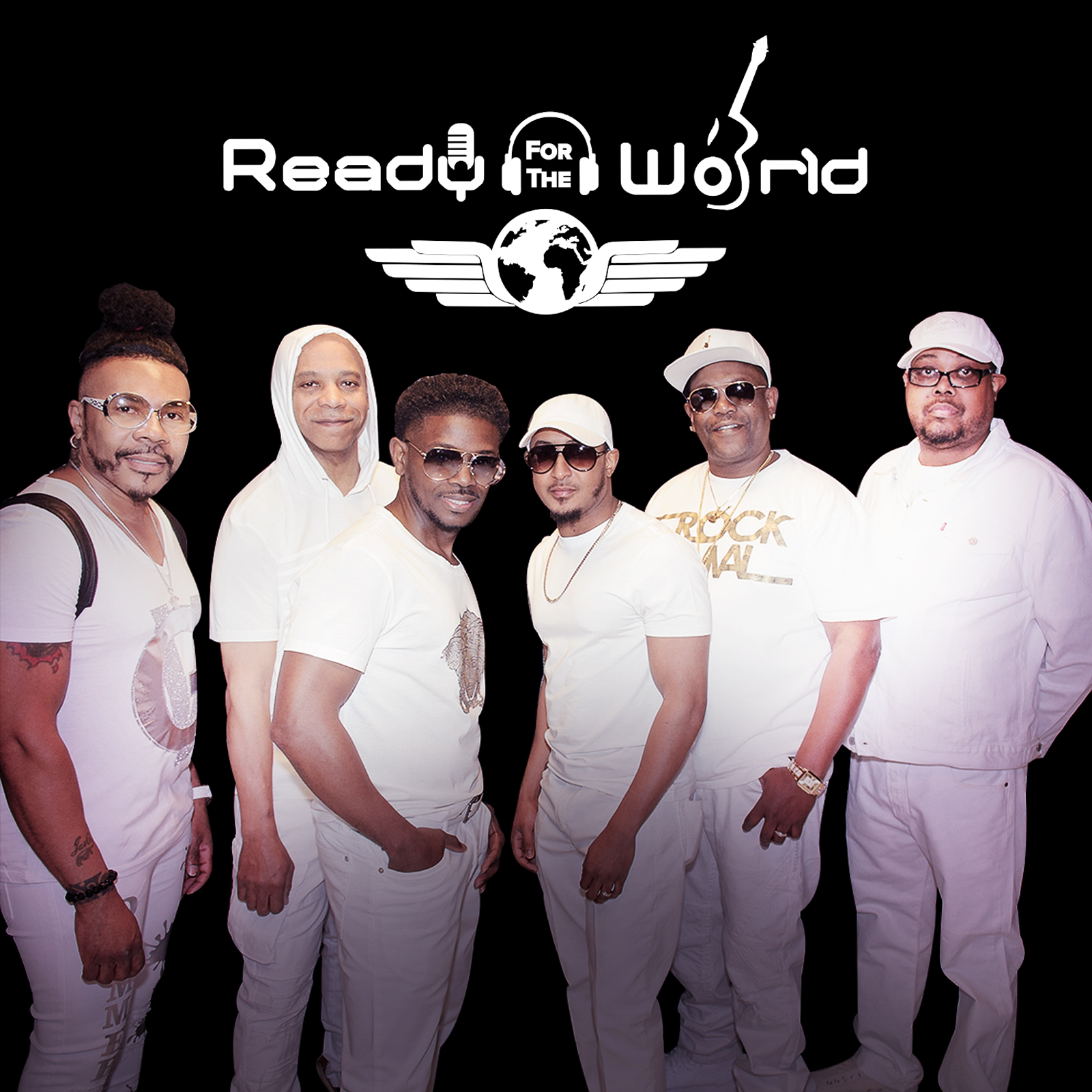 WHERE IT ALL BEGAN

The group Ready for the World ascended upon the music scene in the mid-eighties. Their debut album entitled Ready For The World was released in 1985 on MCA records. This album released 5 singles including “Oh Sheila”. Within the same week, “Oh Sheila” was no# 1 on the R&B, Pop, Dance, and Video Billboard charts. This feat earned the group a place in the Guinness Book of World Records. “Oh Sheila” also earned Gold status as a single and helped propel the group to Platinum status with millions of albums sold. The second album was released in 1986 and was entitled Long Time Coming. This album proved the longevity of the group.
The hit single “Let Me Love you Down” climbed to No# 1 on the R&B charts and reached No# 9 on the Pop charts. That year the group also appeared on The Beverly Hills Cop III soundtrack as well as co-produced a song with Rod Templeton (who also wrote Thriller, the greatest selling single to date) on the Running Scared soundtrack starring Gregory Hines and Billy Crystal.

The group toured the following years with Bobby Brown, Boyz II Men, Guy, Jodeci, Mint Condition, and a host of other prominent acts. Ready For The World gave an Honorary performance June 29th 2003 at the Rock & Roll Hall of Fame. A Michigan funk band with slight rock leanings, Ready for the World parlayed sensuous vocals and trendy production into a pair of number one R&B hits in the mid-’80s for MCA. Melvin Riley, Gordon Strozier, Gregory Potts, Willie Triplett, John Eaton, and Gerald Valentine founded Blue Lake label before signing with MCA. MCA reissued the song “Tonight”and it reached number six on the R&B charts in 1984. “Deep Inside Your Love” was the follow up release. Upon its rerelease, “Oh Sheila” became a a two time chart topper as a huge crossover smash, ultimately topping the pop chart as well. They scored their fourth consecutive top ten R&B record with “Digital Display” and “Love You Down” which put them back on top of the R&B world in 1986

The 1992 album Straight Down to Business was their only release during the 90s. The group continued to record and work in different capacities within the music industry as writers, producers, studio sound engineers and video producers. After a hiatus from the music scene, the band is moving forward with live shows and new projects both collectively & individually.

Update Required To play the media you will need to either update your browser to a recent version or update your Flash plugin.
Download
Contact Information
Information Request