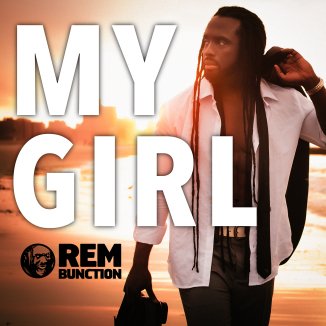 Storytelling is an art that can only be mastered by the soulful. Born Roland Yearwood, RemBunction, is a soulful artiste who can craft beautiful stories with his music. As a child, he began mastering this art while singing in school talent shows. He got his first accolades at the age of 11 when he won the Trinidad and Tobago Music Festival in the boys 11-14 category. Since then he continues to bring his stories to life as singer and songwriter.

RemBunction received his first recording contract in 1992 with Amar Studios, a Trinidad based recording company. Under its upstart label Kisskidee Records, RemBunction, then part of MDE (Mello Dynamic Entity), an R&B influenced group, gained notoriety with the chart topping single Mello Melody. He has since enjoyed success as a solo artiste with a battery of “big tunes” that span a range of genres including Soca, Calypso, Rapso, Hip Hop, R&B and Reggae.

Armed with an ability to massage the mind and tease the waistline, RemBunction’s catalog continues to grow. Locally he has carved a unique space for himself as a soca parang connoisseur with songs like Mister Santa Claus (Socks and Drawers) and Macafouchette, He has also earned his national musical icon status with his hit release We Are, a song that describes the essence of his birth nation. This has inspired him to take his musical talents internationally, working with artistes from Africa, Asia, Europe, and North and South America. RemBunction’s gift to delicately fuse his stories and world rhythms to create a sound that can only be described as rambunctious, makes him a musical force to be reckoned with.

RemBunction Debuts on the Big Screen in Two Movies

Roland ‘RemBunction’ Yearwood validates his creative versatility with acting roles in two films scheduled to air at this year’s Trinidad and Tobago Film Festival (TTFF). In the highly anticipated Caribbean film "Sally's Way", he plays the role of Dan the Taxi Driver. The story is that of an orphaned twelve year old girl (Sally) who is battling and overcoming many social issues including bullying and poverty. As is evident in his music, RemBunction’s character is awash with depth and humanity as he takes on the role of a surrogate uncle who supports Sally in any way he can on her journey. This film directed by Joanne Gail Johnson has been selected for many international screenings including The Caribbean Tales International Film Festival, Pan African Film Festival, and Seattle’s Children International Festivaland is nominated for Best Local Feature Film (fiction) at TTFF15. It boasts a talented cast that includes Alyssa Highly, Eunice Alleyne, Patti-Anne Ali, Hansley Ajodha Conrad Parris, Marie Chan Durity, Sarah De Gale, and Alliana Isaac.

In his second role, RemBunction takes on the supporting character of Soul Boy in the much publicized Bollywood Film, ‘Bazodee’. RemBunction holds his own among an elite cast that includes Indian television super star, Kabir Bedi; Soca Artiste, Machel Montano and British actress, Natalie Perera. This story about forbidden love is directed by the award winning, Todd Kessler (of Blues Clues fame) and is also nominated for Best Local Feature Film (fiction) at TTFF15. For more information and showtimes for both movies visit www.ttfilmfestival.com

RemBunction Introduces his Flip Side

Caribbean music sensation RemBunction releases his first single “My Girl” from his upcoming album “The Flip Side.” He teases your senses with this passionate groovy soca track that describes his perfect girl, a combination of intellect and sensuality. The song was penned by the artiste and produced by New York based producer, Andre Mustapha, with DJ Future of Ahtik Studios adding the final touches on the mix and master.