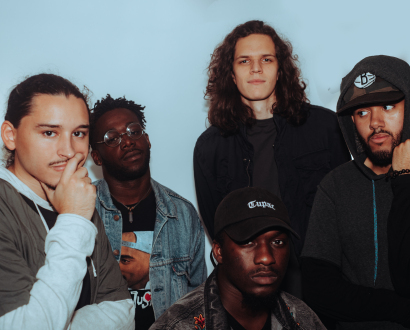 The REMYZ are "the sound” happening in Miami, an extremely talented fusion of funk and pop project, born from the city's cultural arts and jazz programs.

Champions of the MIAMI HEAT & JBL Battle Of The Bands 2019

Awarded “2017 Band Of The Year” by the SSA Songwriters Showcase Association.

Winners of the Hard Rock Rising Stars “2017 Battle Of The Bands” Miami.

People say they are one of the most amazing live bands of the moment, a breath of fresh air when it comes to a new sound, they remind you of the great funk music in a totally new modern context. Their extraordinary groove, precision and tightness, powerful live performances, originality and AWESOME songs are jaw dropping. "The REMYZ Music will make you feel that dejavu everyone loves"

CHAMPIONS OF THE MIAMI HEAT & JBL BATTLE OF THE BANDS 2019

We are thrilled to share we were awarded Champions of the Miami HEAT and JBL battle of the bands 2019, event held at the American Airlines Arena on January 27th 2019

The Remyz doesn't sound like a typical Miami band, but it might just be one of the
most Miami acts playing in the city right now. The five-piece lineup includes a
Bahamian frontman, a Colombian bassist, an African-American drummer, a Puerto
Rican guitarist, and a Dominican guitarist. They all attended Miami Palmetto
Senior High together. Even the way they started playing together sounds
particularly apt for this town.
The musicians were all in a jazz band, "but then we started skipping class and
started jamming together a bunch," says Oscar Familia, one of the guitarists. "There
was an auditorium near the jazz room, so we'd just skip there. Nobody was in the
auditorium during class, so we'd just be jamming out. We'd bring in all the
speakers, everything, in the auditorium... while people were testing." The
bandmates even recall one session when they were caught by a school security
guard — who promptly joined them and began playing keyboards.
The Remyz' sound is difficult to nail down because each member brings his own
musical aesthetic. Drummer Justin Godbolt plays gospel music at church. Oscar
Familia, one of the guitarists, has recently become hooked on mariachi music.
Their collective vibe is something akin to what Morris Day and the Time might've
sounded like if they were in their early 20s and came up in Miami rather than
Minneapolis: funky with plenty of bounce and heavy hints of Latin jazz, rock 'n' roll,
R&B, and soul.
Practically all of the members play an instrument different from the one they
started on in their jazz-band days, which, according to Davis, contributes to how
they make music. "We trust everybody's feeling. I feel like we all know that we have
pretty good musical ears for each other, especially with how we're not on our
original instruments, so we have to really play by feeling and what feels right," the
21-year-old frontman says. "That's what kind of band we are."
[ Please read web version for embedded content ]
That strategy of trusting one another and playing what feels right works for this
group of friends. In their short career thus far, they've carved out a niche in their
city. They were named Songwriters Showcase of America's band of the year in
2017,and won Hard Rock Rising Stars' Battle of the Bands 2017 in Miami. So far, the
Remyz has released only one EP, The Sunshine Pt. 1, which came out last September.
But the band aims to make the most of 2018.
But the band aims to make the most of 018.
"We have a big plan," Davis explains. "We're trying to release a music video. We
have our logo that's almost done that we're releasing as our brand, our new look.
We're releasing merch; we're releasing our next EP that we're currently writing.
We're planning on releasing all those things at once. Pow — hit 'em hard."
You can find the Remyz's music on Spotify and YouTube, but where they shine as
an act is onstage. This is a young band, one that's still finding its stroke in the
recording process, but the members' talents — individually and collectively — really
gel when they're live. The disparate qualities of each musician's styles are all the
more cohesive in front of a crowd, and that aspect, thus far, has been one of the key
factors to the band's successes.
But bassist Chris Martinez says they aren't interested in simply doing what they
know. "We're all constantly wanting to change the way we play so we're not at the
same constant thing. We all like to keep growing as musicians," he begins and then
pauses.
Davis completes his thought, as old friends often do: "We challenge ourselves every
day. We're always challenging ourselves."

We are super exited and grateful for receiving the award "2017 Band Of The Year" by the SSA at DeLand Music Festival.