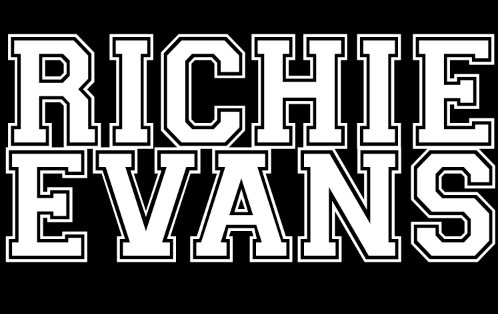 Richie Evans formerly known as "Juice" possesses the intense passion and ardent lyricism as he dominates the industry bar for bar. In the beginning of his career these elements combined eventually motivated him to track down Compton artist 'The Game' and personally hand him a demo. Shortly after he became affiliated with The Game's Black Wall Street label, he took on the stage name 'Juice'. The two powerhouses collectively appeared on The late night show with David Letterman, and toured worldwide touching many cities with there presence. The Pennsylvania-born but Arizona raised artist currently has 4 released mixtapes called Death Certificate (2009), Position of Power (2009) and American Me 1 (2010) & 2 (2011). Death Certificate garnered so much attention that it was nominated for 4 Justo Awards including Mixtape of the Year.

His time in the industry has already led him on a myriad of successes that most rappers could only dream of achieving. He has been featured on tracks with mainstream artist such as; Shyne, Bun B, Jayrock & Kendrick Lamar. In addition, he has done two U.S. tours and world tours throughout China, Africa, Europe, and many more. He also has been featured in renowned hip-hop publications XXL and Source, and has even performed at the 1st Annual BET Hip Hop Awards. He was presented with opportunities from other major labels but declined to venture on his own and develop his imprint and brand known as The Evans Administration or TEA. In 2013 Juice decided to change his stage name to his born name Richie Evans. Richie's powerful verses and strong passion for the industry heavily influences his talent. In 2015 he released his first EP titled The Process. Fast forwarding into 2017 Richie continues to display the purpose behind his flourishing career with a cutting-edge carisma that comes to life in each song. Expect the new project The Process II to drop summer 2017, releasing his first single "Come And Talk To Me" featuring Jake&Papa.