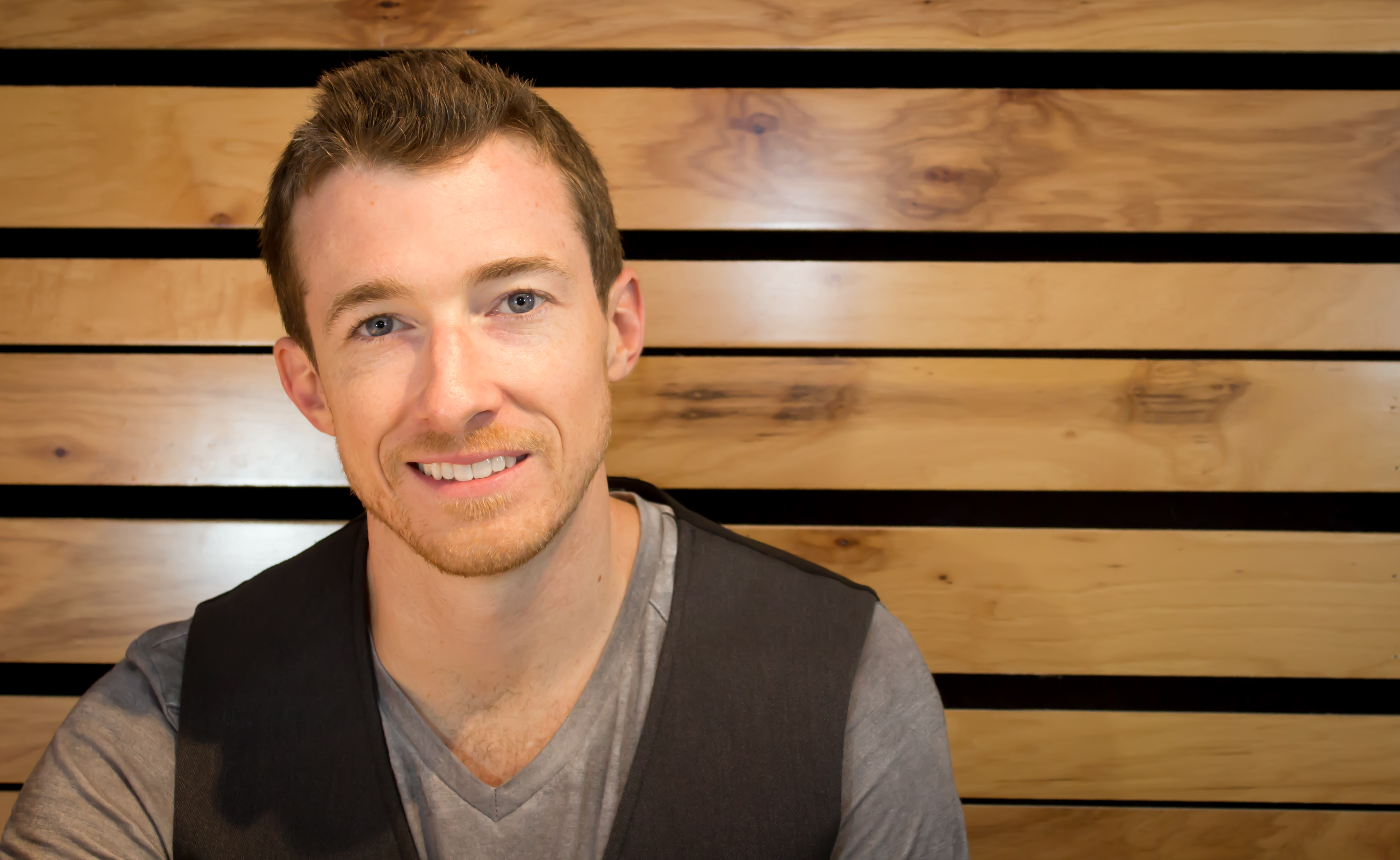 Rob Herbert has made his mark in the entertainment field as a drum set player, instructor and percussionist. Hailing from Nashville, TN, Rob has performed all over the world, and drummed with Toby Keith, Huey Lewis, Pat Monahan, Jake Owen, Darius Rucker, Mickey Thomas (Starship), Skip Martin (Kool n the Gang), Tito Nieves (Latin music Icon), and several finalists from The Voice and American Idol. Herbert has also shared billings with countless big names (The Killers, Kid Rock, Smashing Pumpkins, Train, The Black Crowes, etc). When not touring, he resides in Orlando, FL where he can be seen performing live and heard on many local and national recordings. Rob is the founder of "Groove of the Week.com" online drum lessons, and teaches one-on-one lessons in all things percussion! A veteran marching drummer (Music City Mystique, Indiana University Marching Hundred), Rob also teaches Bishop Moore High School's drum line.

Also the founder and President of Backbeat Entertainment (www.BackbeatEnt.com), Rob manages and books several of his own musical projects in Florida and around the Globe.

- 3 Performances with Pat Monahan from Train

UPDATE, Spring 2017:  What a year we've had, and what a year 2017 will be!  The past year added some great additions to the resume, including a couple of gigs with Kevin Chalfant (Journey) and Kris Allen (American Idol Winner).  I also did another week of gigs backing Toby Keith, Huey Lewis, Charles Kelley of LADY ANTEBELLUM (check out Lady A's new single!) and Colt Ford.  Oh...and Andy Garcia played congas all night (see Photos page!) :)

Original Music Update:  My first release with "A Veil" is completed and available on iTunes, Spotify, and even Youtube!  Please check out "Different, Better" by A Veil when you get a chance, I couldn't be happier with the way this turned out.  A collaboration among my extremely talented friend from around the country led by song writer Chad Ackerman from Los Angeles and mixed by Colin Heldt in Nashville.

Spring 2016 UPDATE:  Very excited about the year so far and what is to come!  Highlights include playing with Toby Keith for the first time (he's awesome!), as well as Huey Lewis, Jake Owen, Joe Don Rooney (Rascal Flatts) and Kenny G again in Pebble Beach.  In June I go on the road with Michael Bolton (MGM Vegas), John Lloyd Young of original Jersey Boys cast, and Skip Martin from Kool n the Gang...looking forward to the trip!

Aug 2015 Update:  Great Year so far!  I had studio releases with Tito Nieves (Latin/Salsa Icon) and the Jeff Byrd Project which are getting some radio play (look for "GUESS" on my music link page).  I've also been privileged to perform with Kenny G and Mickey Thomas a few more times, and flew to Colorado to work with Audra McGlaughlin and Justin Chain from The Voice.  I'm also very happy to announce that I'm a member of REMO PERCUSSION's artist and educator roster!  Very excited for the second half of the year - thanks for checking in!

Jan 2015 UPDATE:  Excited for a great new year, tour dates are booked in Florida, California, Nashville, and Hawaii for 2015!  Highlights will include drumming for Darius Rucker and Jake Owen as part of the festivities for the Pebble Beach PGA Tour event in February.  But first, heading to NAMM in Anaheim, CA to represent Pearl Drums!

Herbert has studied with:

Check out "Calyptra" by A Veil on Spotify, Apple Music, and YouTube

Thanks for stopping in!

It's Marching season, and the Bishop Moore HS drumline is looking the best they ever have.  The band is stepping up a class or two, and the line is up for the challenge.  Performing the music of La Nouba from Cirque du Soleil, these guys are ready to rock!

We just found out that Dierks Bentley will be singing as part of the celebrity concert at Pebble Beach ATT Pro Am in February!  Very excited to perform with him, as well as Toby Keith, Charles Kelley (Lady A), Jake Owen, and the other amazing cast of characters!

Performing with Kevin Chalfont of Journey in Cayman Islands!

I'm excited to have a performance upcoming with vocalist Kevin Chalfont, who replaced Steve Perry as vocalist of JOURNEY in the 1990's!  I'll be doing a show with Kevin and the great Skip Martin (Kool n the Gang) on Grand Cayman on August 10.

Amazing week gigging with #NoFilter Band in Key West, and just came home to jump on a couple of gigs with Kris Allen and Melinda Doolittle from American Idol

It's been quite a run of performances and recordings lately!  Here are some highlights from the last few months:

* Performed in Cancun Mexico with John Lloyd Young, original Frankie Valli in Jersey Boys on Broadway and in the 2014 Clint Eastwood movie

Just booked to play the FB Christmas Party in December - to be expected are 8,000 people and a gigantic Facebook ice sculpture.  Stoked!

I played on a couple of tracks for Tito Nieves (Latin/Salsa Icon, most known in America for his 90's hit "I Like it Like That").  It was finally released today to iTunes, Amazon, Spotify etc!

Very excited to have an album credit with this gentleman - image can be found on the Photos page!

Gigging with Justin Chain and Audra McGlaughlin (The Voice) in Vail, CO

Headed to the mountains of Colorado this week to perform with finalists from The Voice.  Be sure to check out their websites, amazing young talent!

Radio play for "Guess" by Jeff Byrd Project and Akire!

First Radio spins by Phoenix KissFM 104.7 for the Country/Rock song "GUESS."  Very cool tune and I love the way it came out!  Shout out to Erika Schiff from American Idol who did the vocals!

Just concluded two successful weeks teaching Bishop Moore Drumline camp.  A big thank you to Vater Percussion and REMO for their support!  Looking forward to the year ahead and helping these kids reach their potential.

I'm very excited to be the newest drummer on REMO's artist and education endorsement roster!  I absolutely love their products and will be proud to represent the company as a teacher and performer.  Check out their new Mondo Snare drums and Prosonic kick drum heads!!

I'm excited to announce that I'll be doing several ongoing shows with Justin Rhodes, who was a contender on America's Got Talent.  Be sure to catch one of Justin's shows around Tampa or Orlando areas!

My talented friend Craig Thompson and I have been working on some various projects together for years, and he's assembled some promo videos here.  Check them out!

"What you won't do for Love":  https://www.youtube.com/watch?v=-FQKugU-0jA

"I Shot the Sheriff":  https://www.youtube.com/watch?v=VFwdCkxWkWI

Headed out to Cali for 3 dates with these amazing performers, with a couple days off in between to drive the PCH!

I'm very excited to be making it out to NAMM again this year, and look foward to connecting with good friends from all over the country and the world.  Be sure to shoot me a message if you're attending (facebook.com/robherbertdrums) - Winter NAMM is the best networking opportunity there is!  -Rob

Drumming for Huey Lewis and Others at PGA Pebble Beach Tournament!

Very Excited to announce that I'll be in Pebble Beach for a week of shows Feb 8 - 15 surrounding the PGA Tour event....and I'll be taking the stage to drum with Huey Lewis, Darius Rucker, Charles Kelley (Lady Antebellum), Jake Owen, Kenny G, and Michael Bolton!  This will be one crazy, and surely memorable week - hope to see some of you out West!

I'm very exciting to be working with the best drum case company in the business, Humes and Berg!  For many years I have used Enduro cases and Tuxedo bags, and this family-owned company has just brought me on board.  Definitely an addition to the excitement leading into 2015!

My versatile new "Breezeway Trio" project has finished editing our promo videos, which can be viewed here!

Rob just played some dates in Colorado at the Gerald Ford Amphitheater, backing up Pia Toscano, Amanda Brown, and Tony Lucca!  These three talented singers were all in the top 10 of either American Idol or The Voice!

Working with Mickey Thomas (Starship) and Wally Palmer (of the Romantics)!

Rob assembled an all star cast of musicians including KP Capehart and Geo Ponce to back up Eric Von for the Cortez FISH Fest Feb 15-16. The artist is poised to make a breakthrough in the country market!

Rob just returned from attending Winter NAMM as a representative of Pearl Drums and Vater Drumsticks.  Amazing new gear, Incredible performances, and great new friends are some of the highlights of the trip.  Some great new connections were made as well...stay tuned for some big news in 2014!

Rob just finished two songs in the studio for Platinum selling Latin artist Tito Nieves (hit single "I Like it Like That").  The popular Puerto Rican-born artist is working on an album of standard songs in English.  Look for this release in early 2014!

Rob is pleased to announce a new endorsement relationship with Pearl Drum Corporation!  The Nashville-based company makes the industry's best drums, and has a brand new kit being shipped to Florida as we speak.  Hope you like shiny red laquor!

Touring the Northeast with Stephanie Lynn!

Rob will be leaving May 31 for an 8-show tour in 10 days with Stephanie Lynn, singer/songwriter from Los Angeles, CA.  The 4-piece group will hit Vermont, Connecticut, Philadelphia, and NYC in early June!

Rob will be drumming with Stiletto Red on Monday May 27, opening for SevenDust at the Culture Room in Ft. Lauderdale.  Get your tickets now at www.ticketmaster.com!

Rob has an EPK!

As of today, ROB HERBERT HAS AN ELECTRONIC PRESS KIT!  Please refer to the Video and Music tabs for examples of his playing, and for any variety of gig inquiry, contact: backbeatentertainment@gmail.com.

Disney Boathouse with Jen and Dave

Breezeway at The Breakers, FL