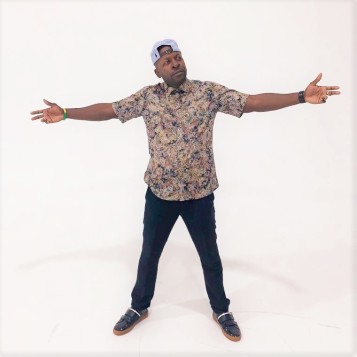 Rockwelz is an artist, writer, producer and overall stand up guy, but first and foremost: he is a fan of music. Among his many goals, preserving this artform of hiphop is at the top of the list. Hailing from The Greater New York area, Rockwelz has been recording music since he was 17 in his home studio, and proactively seeking a career in the industry since 2012. Member of The MxnxpxlyFamily music group, he has collaborated with Prodigy, Fred The Godson, Skyzoo, Bub Rock, Popa Wu, DJ2Evil (ODB’s DJ), and The Good People. He has also opened up for Lord Finesse, Immortal Technique, Benny The Butcher, Diabolic, Fabolous, Ja Rule, Ashanti, Smoke Dza, Jay Royale, and labelmate - Long Islands own super lyricist, John Jigg$, whom together,  started the MXNXPXLY label. Rockwelz has spit some of the most prolific lyrics, coolest lines and hard hitting songs you possibly haven't heard yet. Stepping out of his comfort zone to blended hip hop with reggae, R&B, rock and jazz, he has been gaining fans here and abroad. Touring in Germany, Austria, The Netherlands, Sweden and Denmark, he has also won local showcases as well as the national Coast2Coast showcase, raising his awareness and elevating his brand. He has been featured on radio shows, local television shows, magazines and blogs. As he would say, “the only place to go from here is UP”!