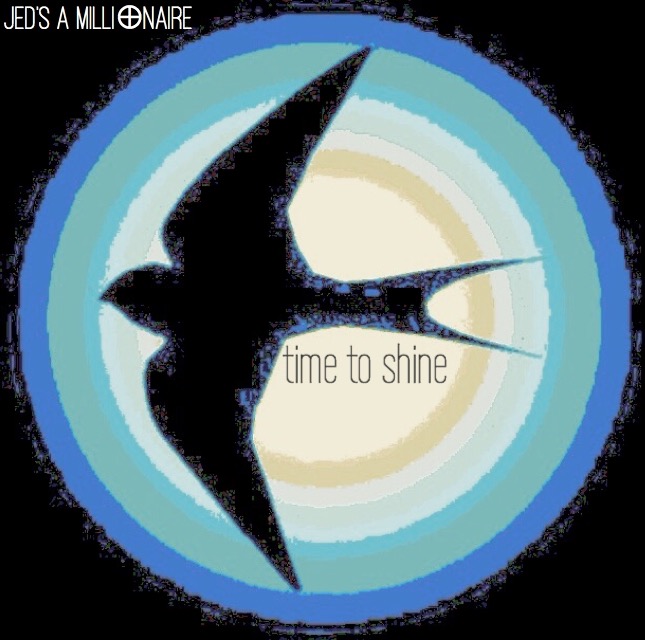 Have Hope And Fire: It's Time To Shine!

The band showcases heartfelt melodies delivered by powerful vocals, a hard-driving rhythm section, and an energetic sound that appeals to a very wide range of listeners.

Two songs from their recent record Time To Shine received airplay on radio stations across the US. They also just released their rocker, "Hope And Fire" (see video here).

Here's what some of those stations are saying:

"Jed's sound is propelled by a really strong rhythm section that drives the music. Their complexity is found in the lyrics that take on heartache and all of life's messes with vocals delivered in an open and honest way. Which takes us naturally to the heart of the matter." - Inessa KSFL Portland OR.

"Jed's A Millionaire is solid, quality rock n' roll. A tight clean sound that leaves the listener feeling like they have known this band for a long time." - Diane Michaels, Music Director KPND Spokane.

"The songs infectious drum track and chorus get easily stuck in your head, so our listeners enjoy the song long after it ends!"- Kevin Ankeny  92.7 WGFR Albany, NY

Jed's A Millionaire has released several records, played hundreds of shows, and opened for a diverse list of acts such as Puddle of Mudd, REO Speedwagon, Evan Dando (Lemonheads), The Beach Boys, and backing Alice Cooper for a Hall Of Fame appearance. Through it all, they have maintained a reasonable amount of sanity and an energetic live show that proves they're not messing around!

All of Jed's A Millionaire's records are available wherever better music is sold.