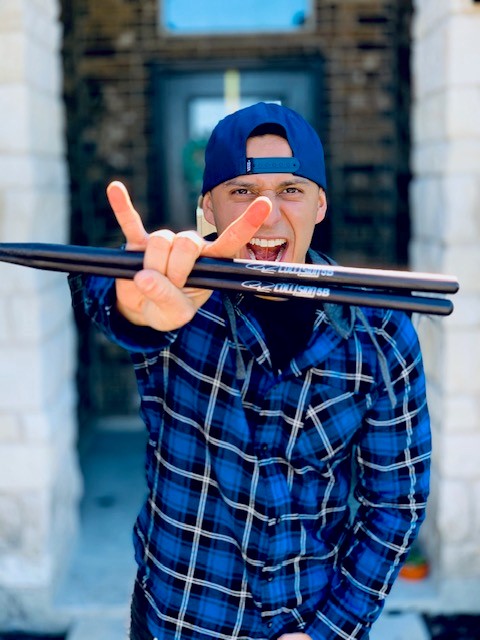 Since 1994, Robert has been inseparable from his sticks. With influences such as Alex Gonzalez of MANA and Rene Martinez of INTOCABLE, Robert has been able to take a mixture of two completely different styles to create a style of his own. Completely self-taught, Robert was a working drummer by the age of 12. Playing in Church and gigging with the church band at that age was an opportunity most people that age never get to experience.

Roberts style of playing is not specific, but rather diverse. With a background in playing Tejano, Regional Mexican Music, Rock, Worship and more; this ability to transition has landed him multiple opportunities. Since 2009, Robert has played for Church Unlimited in Corpus Christi, TX; which hosts an average over 8,000 weekly members. Throughout his years there, Robert was also a member of the band Kinsmen formally known as The Prodigals. The four-piece rock band played consistently for a few years, opening for renowned artist such as Grammy Award Nominee & Winner Mandisa and Grammy Award Nominee/GMA Dove Award Winner Brandon Heath; they were also the opening act for Multi-Platinum Recording Band Stryper. Some of the projects released by Kinsmen include, their first single entitled: “The Blow” with its own music video and a Christmas EP album entitled “Buffalo” also with its own music video; a song off that album also received radio play.

Although primarily a worship drummer, Robert continues to work and share the stage with various prominent musicians within the worship, country, tejano and rock community.

Aside from being a worship and session drummer, Robert also finds himself working with his new band: 5th Crossway. Comprised of 5 seasoned musicians with a diverse musical background, the five-piece are able to perorm with variety of music from blues, rock, country and even latin.

Robert also offers drum lessons for anyone ages 5 and up who is willing and interested in being the heartbeat of the music. Although he's been playing since he was four, Robert says he's only just begun.

"I give my best because HE gave his all."