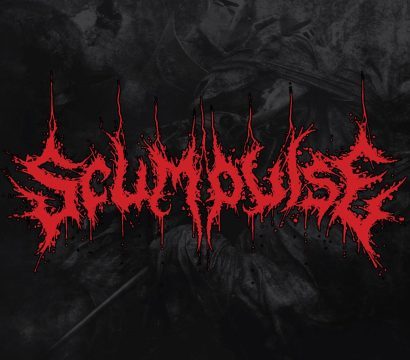 Scumpulse began life around November 2013 with the death of Scottish NecroCrust band Fifteen Dead. Ross started writing music for what would become Scumpulse and immediately recruited Matt Dean (Fifteen Dead, Burt Ward) on bass and lyric writing duties. Around December '13, Andy Tactus (Tower of Flies, Tactus) responded to an advert and filled the drum stool. Things started taking shape quite quickly after that and we hit upon Magnus Tait (Empyrea) around mid March '14, completing the lineup on lead guitar.

Nine songs were written between November / April with five appearing on the debut EP. Two songs were ultimately scrapped, however, seven originals and one cover song were fully recorded during this period of time. All the tracks were recorded DiY in either Andy's or Ross' flats on laptops, mixed and mastered by Andy.

The debut EP release date and launch gig was 31/05/14 and received an extremely positive reaction both live and in the scene in general. We are currently booking gigs around UK and have just been confirmed for Cramond Island of Punk festival '14. This year will see us release the By Design EP on 12" vinyl with bonus track and also a split release with UK tour planned for winter.

"This is an outstanding debut that blows a lot of their contemporaries out of the water. I eagerly await an album." - Tommy Concrete (Boneyard Magazine)

"Putting some crust into a black metal blender, these guys from Edinburgh make me very happy. It’s all the good stuff you could want and then there are wailing guitar solos and that’s when I wet myself." - Katy Radcliffe (Blog of Putrefaction)