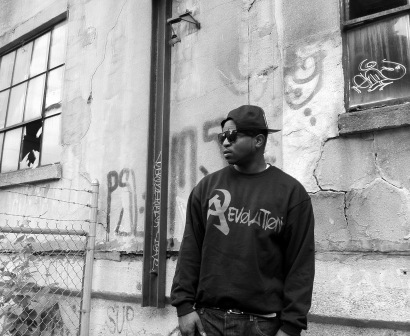 Sean Hines is the voice of a generation born during the Reaganomics era. His music is a reflection of the environment he grew up in. From Roxbury, an impoverished neighborhood, in the inner-city of Boston Massachusetts, Sean learned early that drugs and crime were all around him on a daily basis. "Reality Rap" as he describes it, is what he uses to tell the stories of the experiences he's had, and the things he's seen in his lifetime. "I was in the streets my whole life. I never even thought about being a Rapper growing up. In my hood either you hustled or you starved…..period! Don't get me wrong. I always loved HipHop, but Rapping was something I just did for fun in the cafeteria of my high school during lunch or something".

That all changed when he hooked up with the Rushya crew a few years later. Freestyling one afternoon, for a few of the crews members, they immediately realized Sean had an exceptional talent. Featuring him on a few tracks on their upcoming mix tape "We Want Our Corners Back", Sean's unique voice and clever word play quickly caught the attention of everyone that heard him. It was obviously clear to everyone listening, a star was born!

Soon after, it was time for the Sean Hines solo endeavor. His Debut "Come Cook With Me" didn't disappoint. More than living up to its expectations. It was regarded in the underground HipHop scene as a mix tape classic. Continuing with several other mix tapes since, The Story, The Theory, and his signature trilogy, The Crooks Collection Vol. 1, 2 and 3, Sean has permanently stamped his name as one of the most talented artists to pick up a mic in recent history. He has also ventured into the acting world. Starring in his self titled independent film "Roxbury" The Sean Hines Story, he's showed the world that he's far more than just another rapper.

Now with his latest project "Nothing Came Easy", Sean takes the next step in his evolution. With hit singles "You See Me", and "Guns & Roses", featured on the Kevin Hart soundtrack, from the film LET ME EXPLAIN, Sean again brings us, his listening audience, into his complex world. It may be in a different way than we're used to, as he expands his incredible artistry. Using new producers, Sean addresses a variety of diverse subject matters over an assortment of groundbreaking sounds. But, with his own charismatic approach, when he speaks, we totally get it. The title of his newest installation says it all. "Nothing Came Easy", but then again, nothing worth having ever is.

Sean Hines - You see Me On Vibemagazineg.com