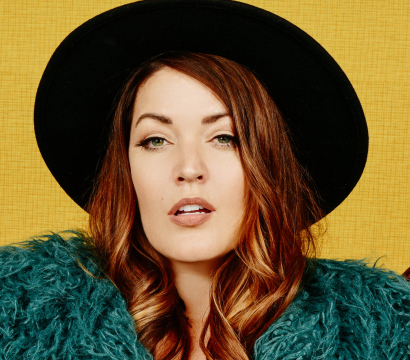 As an artist Shari is the front woman of indie/alternative band "3 One Oh" They have had much success in the Film/TV world. They have big music placements on Shameless, Splitting Up Together, Lucifer, The Titan Games, Station 19, and AT&T Ads.

As a sought after vocalist, Shari toured the world as Demi Lovato's background singer for two consecutive years. In addtition to her vast success as singer/songwriter, she took on the role as a songwriting mentor on a T.V. Show called "Majors & Minors" airing on the HUB Network.

In the past year Shari started her own management company called SHORTWAVE as well as becoming the CEO of Independent Record Label RMG which she signed Michelle Williams ( former Destiny's Child member). She also had Recent success with song RIP by Sofia Reyes, Rita Ora, and Anitta it reached Top 30 on Global Spotify charts it has accumulated over 100 million streams and is still climbing.

Rolling Stone write up on Danielle Bradbery and mention of our song " Friendzone" single coming out.

No one expected the teenage winner of The Voice to supply CMA Fest with its most Bonnaroo-esque mantra: "Inhale Good Vibes," scrawled in big letters on a shirt tied around her waist. Was the Carrie Underwood disciple hinting to be a "Good Girl" gone bad? Nah — there was plenty of sweetness in her set. Still, it was a nice motto for fans navigating a congested and sweltering festival. And Bradbery did hint at an edgier future, comparing forearm tattoos backstage with Charlie Worsham and playing a new song, "Friend Zone," that incorporates a little rap, a little rock vamp and plenty of her signature belting.

Contact Information
All Inquiries Please fill out the form to the right.