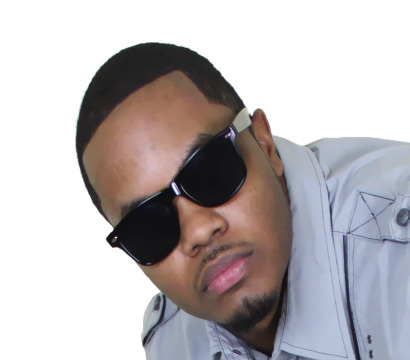 Charismatic songwriter, Recording Artist and Actor, who go by the name SHO, Captivated audiences with his versatility-bringing rap & acting in the HIT Stage play “MEET ME AT THE REPAST”. He has also appeared in the movie “SLEEPING WITH FATE”. As an MC, SHO has performed groundbreaking performances in major cities, at various organizations, colleges, youth concerts, clubs, and community events. The streets are flooded with his sound, and he has attracted an international audience including the U.K., Ghana, Beijing and Jerusalem. He performed for MTV’s Rock the vote in 2004, and appeared in the 2007 issue of The Streets Magazine as a member of the rap group Mash InFantry. Sho recorded a song for the Violator mix-tape affiliate of Def Jam. As a student of his craft, he spent those years mastering his element and has since refined on that ground work before heading toward a new path. To experience his performances live is second to none; the energy draws you in to connect personally with his story-telling. Critics describe his commanding voice, versatile delivery, witty punch-lines, and heartfelt lyrics as a “Breath of Fresh Air”. Through the powerful message in his music, SHO has become one of the young positive eminent voices in the music industry. He has dedicated his life to empower, motivate and be an example to all through his walk with GOD, marriage, fatherhood, music and lifestyle.

In 2009 his Tough Love underground mix-tape generated rave reviews. One of the most memorable times of his career was the Kingdom come event where he captivated a crowd of 6,000H. There was an alter call, and 500 people chose to give their lives to the Lord. This great day was reported in the Baltimore Sun newspaper the next day. Most recently SHO went into a Baltimore Prison facility to minister for 54 Inmates, after he was done 37 of them gave their Lives to Jesus. Along with the spiritual rewards; SHO has received recognition by, Radio One Heaven 600, Young Power Magazine and Internet Radio across the world. He was voted DMV Hip-Hop artist of the year 2012. He has also been featured in television interviews with Virginia based Metro Magazine from The ION Network and G – Street T.V. on The Word Network. SHO performed at the first urban kickoff for the 25th anniversary Stellar Awards in Nashville TN. As an Indie artist and CEO of Dominion The Label, his highly anticipated 2010 debut album “Parables of a New Creature” was commemorated by 400 plus fans at his album release party. With an Official music video, “Blue Light City” nominated by EnSound music awards for Best music video of the year; has made a major impact on society’s view of Urban Inspirational Hip-hop and culture. SHO is devoted to giving the world MORE THAN MUSIC but a LIFESTYLE through what he calls theFMF Movement Follow My Following

This is a segment that will Feature a 16 bar verse for the fans every month. You can also send SHO a topic and he will use it in the feature.

I AM GOD's FAV Tour