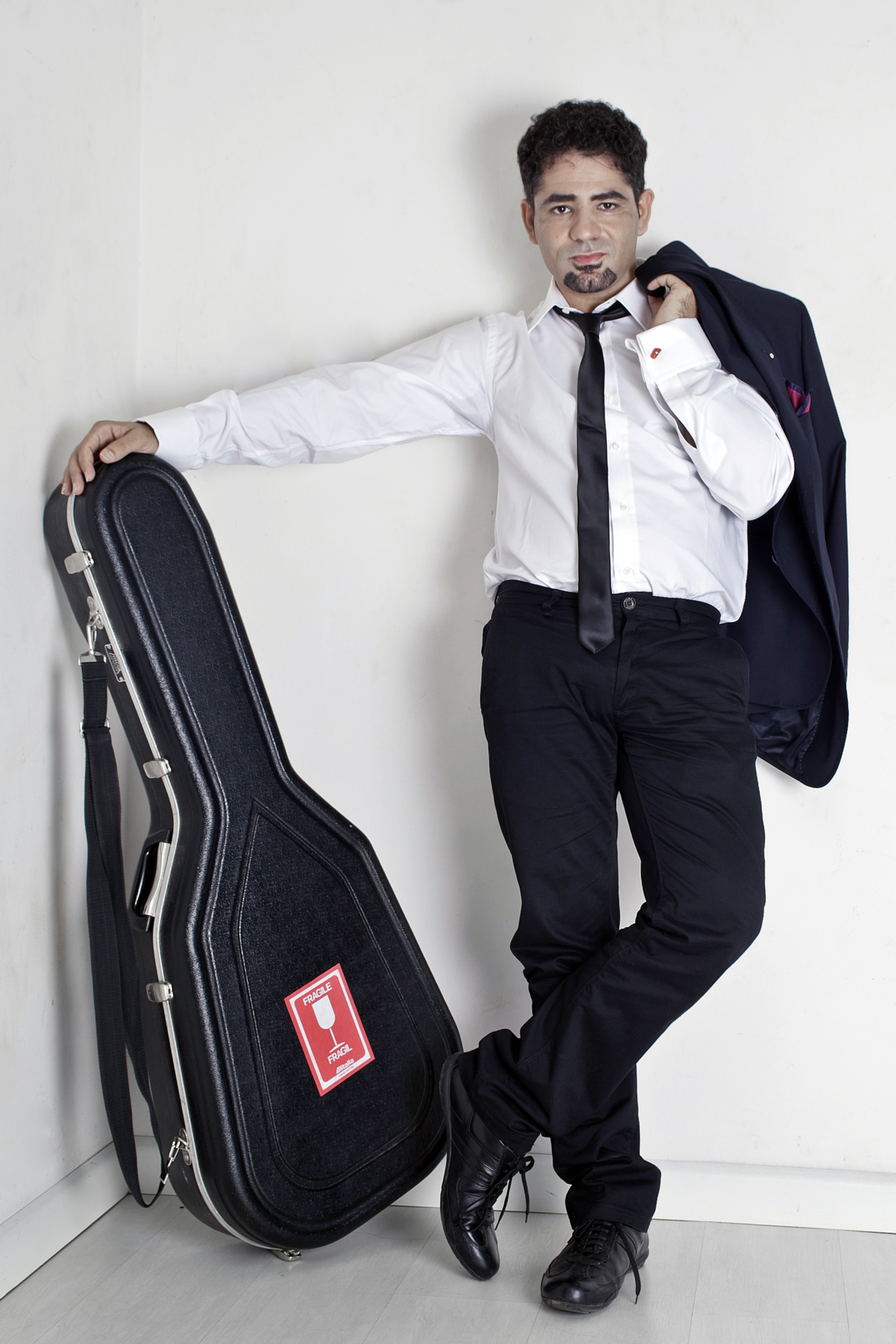 “I firmly believe that Simone Onnis represents one of the merriest guitar actualities in the whole world. He is an incredible scholar in his field, a tireless teacher, as well as a performer of great depth. During the course of my life, I have rarely encountered such a musician and considering my long career this comment is not to be taken for granted.” (Alirio Diaz)

“He is an inspired and mature guitarist, characterized by strong brightness which is a rare phenomenon among guitarists of his generation.” (John W. Duarte)

Simone Onnis starts his studies with the legendary Venezuelan guitarist Alirio Diaz (heir of the Andres Segovia’s Spanish school), and starts performing in concerts while very young. He held his first concert in 1986 as a soloist, at just 11 years old. At a young age of 22 he was selected to lecture advanced international courses for guitarists by Alirio Diaz, an honour never conceded to any other guitarist, and he starts Duo performing with him.

As a confirmation of his intellectual effort and musical cultural values, he is often invited to hold advanced courses and masterclass by significant Music Academies, Universities and Conservatories.

He has collaborated with symphony and chamber orchestras such as the Weber Symphony Orchestra, the Stuttgart Chamber Orchestra, the Quartetto della Scala of Milan. In addition, he has collaborated with some extraordinary musicians such as Alirio Diaz (Guitar), Angelo Romero (Baritone), Riccardo Ghiani (flute), Giuseppe Anedda (mandolin), Charbel Rohuana (oud) and Paola Gassman (voice - actress).

He has followed advanced guitar courses with the best guitarist existing: Leo Brouwer, Manuel Barrueco, David Russell, Oscar Ghiglia e Hopkinson Smith and he has improved the baroque performance practice with the clavicembalist Christiane Jaccottet at Geneva Conservatory and attended to the music composition courses of Azio Corghi. In recent years he is focused on the expansion of the repertoire with the contemporary music for guitar. Many distinguished contemporary composers like Giacomo Manzoni, Adriano Guarnieri, Andrea Nicoli, Lucio Garau, Nicola Jappelli and Domenico Bellissimo have expressly composed and dedicated to him some pieces. In the 2015 Simone Onnis presented the premiere world piece “Dedica 2015” written and dedicated to him by the composer Giacomo Manzoni.