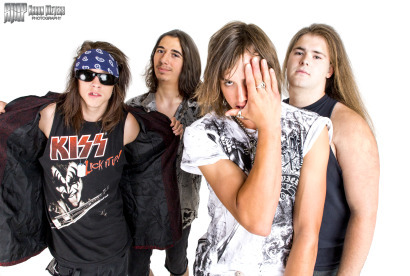 Sin Circus is a young high energy rock band and hit making machine. The band was formed in Seattle, WA in 2010. The 4 multi- talented musicians come from different musical backgrounds and combine all of their favorite elements of classic melodic rock, slamming harmony guitar licks, and vocals that bring out your emotions and a heart pounding progressive wall of drums that leave you breathless. They wrap all that flavor and musical knowledge into a sound that can only be described as SIN CIRCUS.

The band members are all very seasoned in the studio and have commanded the live stage 100’s of times opening for many national acts in front of crowds large and small.

Sin Circus believes when someone goes to a concert they deserve to be entertained, so the live performance is a super tight show with powerful vocals delivered by 4 guys that put their heart and soul into making sure the audience has as much fun as they do.

With the release of their brand new Cd (Chemical Youth) the band just wrapped up a full scale National tour in 2015 and are now working on a International tour to start in late 2016.

Lewiston Round Up Fair Grounds