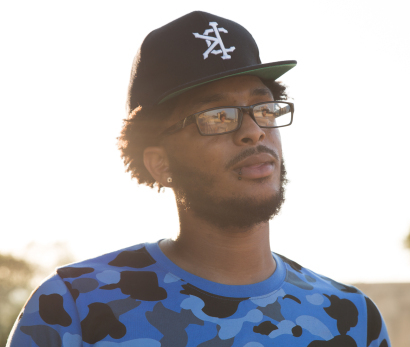 Smitty The Kid is from Hampton, Virginia. Born On September 2, 1991. His first musical experience was learning to play the guitar. At a young age he knew music was his passion, and wanted to branch out to Hip-Hop. By the age of 16 Smitty was freestyling and writing his own music. At the age of 18 Smitty put his music career on hold to serve the United States Navy. During his time in the Navy he was still trying to master his craft of writing lyrics. By 2014 Smitty The Kid has performed many shows up and down the east coast. At this stage of his career he has had the plessure of collaborating with Jeff Turner, KXNG CROOKED of Slaughterhouse, Demrick, Ted Park, CITOONTHEBEAT, Emilio Rojas, Levi Carter, JL, Chris Rivers and DJ Hoppa of Funk Volume.

During his streak of shows up and down the East Coast he has had the pleasure of performing during a sold out show at the number one music venue in North America, The Norva in Norfolk, VA. In 2018 Smitty started doing festivals. Now he is co-headling and performing along side with amazing artist. Now he performes all over and hes opened for and co-headlined with: K. CAMP (Sold Out at VooDoo Lounge at Harrahs Casino), CES CRU, Sam Lachow,Machine Gun Kelly, French Montanta, Rae Sremmurd, N.E.R.D., Madison Beer, RA The Rugged Man, Joey Fatts, Jose Guapo, Futuristic, Slaughterhouse, Styles P, Flawless, Talib Kweli, Rittz, Kutt Calhoun, Chris Webby, Demrick, JL B. Hood, Rory Fresco, KXNG Crooked, Bubba Sparxxx, Mega Ran, OG Maco, Hi- Rez, Passionate MC, Lil Flip, Locksmith, and more!!

Smitty The Kid is living in Kansas City, Missouri he has graduated from Full Sail with a Music Production degree.  His skill set is unmatched as he shoots and edits videos with Viewpoint Visuals on the side, along with continuing his passion for beats and bars! As of 2018 "Long Walk Home" has two major Sync Licensing placements that play the song in MANY retailers arund the world! This will be a big yesr for Smitty so be ready for lots of visuals and lots of new music!

Z104’s Summer Shaggfest Powered by the US Army and brought to you by Bryant & Stratton College is here! Don’t miss N*E*R*D, Machine Gun Kelly, Smitty The Kid, Madison Beer, and more performing live!

Shaggfest is an annual music festival held at The Veterans United Home Loans Amphitheater at Virginia Beach and this year- it’ll be better than ever! Featuring Hip-Hop and Pop acts, Z104’s Summer Shaggfest will bring together national and established artists with local performers to create one unbelievable experience! Don’t miss it, Saturday June 16th!

Get your tickets for the only all day summer music festival in Hampton Roads!

Contact Information
For Booking, Collaborations or any Other Inquiries please Email or Call One Tre Music Management