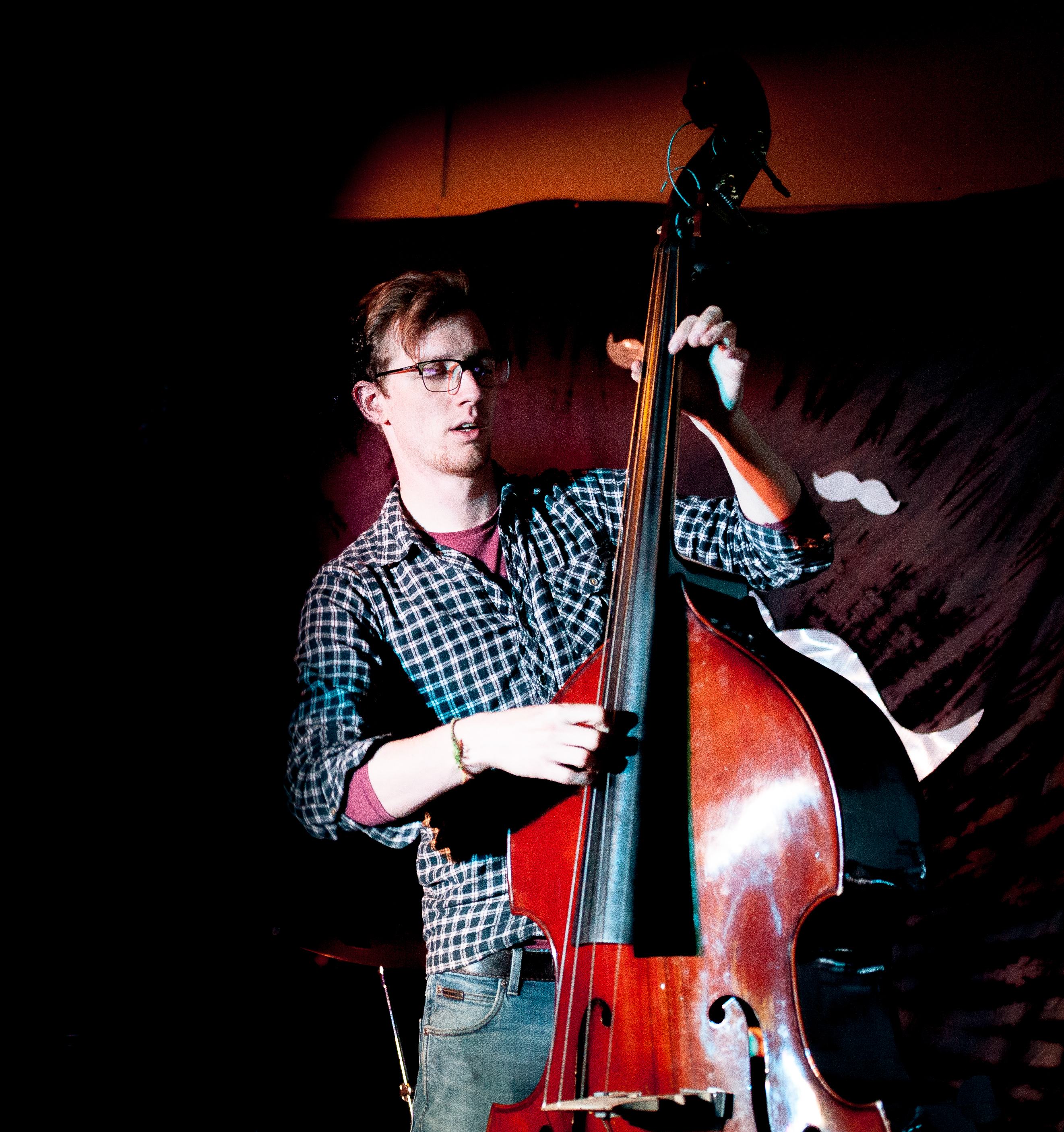 Please note we have gone through a subtle rebrand from 'Solid Gone' to 'Luke Philbrick and the Solid Gone Skiffle Invasion' - so please visit http://www.lukephilbrick.com for up-to-date news and gig listings as this page will be closed down soon...

Hailing from Gloucestershire, in South West England, Luke Philbrick and the Solid Gone Skiffle Invasion have built up a strong local fan-base and always leave audiences wanting more during their many travels throughout the UK and Europe. Performances often feature homemade instruments, improvised jam sessions and a dynamic line up sometimes just featuring Luke Philbrick himself for a more stripped-back approach, all the way up to seven or so performers if the audience wants to party on into the night!

Debut EP 'Mr Loverman' and 8-track mini album 'Crawl' are available at live shows, our online shop and via Spotify and iTunes. The band recently acquired a home recording studio and is currently in the process of recording an ambitious collection of songs ranging from flamenco-influenced ballads all the way to filthy blues-based field hollers and Spaghetti-Western-styled film scores. Keep your eyes peeled for news and sneak-previews.

'Solid Gone are one of the best original blues influenced outfits I've heard in years. They add elements of gospel, skiffle, jazz and even funk to the mix in creating their very own box fresh sound. Fronted by the immensely talented Luke Philbrick (once heard is never forgotten) - Luke has a great authentic blues voice which is enhanced by his home-made guitars and resonator using age-old techniques. The sound that the combined unit produces should be set in the 30's dust-bowl mid-America instead of Longlevens Gloucestershire. Unlike some modern day blues their tempo is up-beat, and they engage with almost any audience that recognises the integrity of what they are trying to achieve - from intimate club-type environments to full blown festivals and everything in between' - John Drummond (Brewery Blues).

‘The tops for me was a band called ‘Solid Gone’ from Gloucester …..superb …! heavy duty boogie in some sort of order ...sort of Bluesy .....but not.....sort of Gospel but not......I'd describe them as Bad Ass Hombre Boogie I reckons!.. a just simply superb band …really awesome players and a drummer like a steam hammer…..please go see them !’ - Robert Mark Smith (Bob Smith & Demob)

‘You guys have such a phenomenal energy and are really inspiring. Hope to see you again.’ … ‘I’ve toured all over America and I have to say I’ve never heard a better male singer than you’ … ‘It was an almost spiritual experience’ … ‘I was absolutely obsessed by the Kitchen Sessions’ - Various comments (Facebook and related social media)

Please note we have gone through a subtle rebrand from 'Solid Gone' to 'Luke Philbrick and the Solid Gone Skiffle Invasion' - so please visit http://www.lukephilbrick.com for up-to-date news and gig listings as this page will be closed down soon...