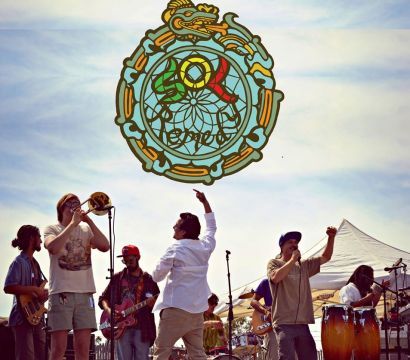 "With common unity, we people shall come together"

Based out of North County-San Diego, Sol Remedy is an ever evolving bilingual 8 piece reggae band, that spreads concious messages with delightful melodies. Their music is centered on various reggae, rocksteady, and ska rhythms, but also allows for subtle musical blends with genres from hip-hop to jazz, and rock to folk. These combinations result in a distinct sound ready to captivate any listener.

The birth of the band occurred in late 2011 when a group of farmers began gathering to play reggae music. Their work out in the fields and their knowledge of natural living inspired the founding members to convert their jam sessions into something more. By 2012, the band had evolved and grown in size with the addition of new members.

In the summer of 2014, Sol Remedy produced their first album with Chris McCune as recording engineer. With their positive and conscious lyrics, which are sung in both Spanish and English, they hope to spread awareness and love for all people to enjoy.

Aside from spreading positivity in their perfomaces and songs, Sol Remedy has collaborated with important community organizations such as The San Diego Collectivo Zapatista, World Beat Cultural Center, Terra Madre Gardens, Indian Voices, The Relay for Life Foundation, and J.R. Organics. Some memorable bands they have shared the stage with include: Bitty McLean, Sly and Robbie, Gondwana, Quino of Big Mountain, Raiz Muzik, Psydecar, SM Familia and Revival.

market starts at 9am and music starts around 11

We'll be playing with Ease Up and Entrippy. Stop by and enjoy some good local music, food and beer!

We'll be playing with the SURBURBAN LEGENDS and others. Come and rock out with us!

We'll be playing with Upfull Rising and live DJ slection from Bobby Dread.

2nd Annual SD Battle of the Bands over at House of Blues.

Also playing: Trouble In The Jungle, Mad Z and The Boones and More

Free before 9pm, $5 cover after. All Ages

Mayan Day Out Of Time

Jammin' with SM Familia for a night of Latin Roots Reggae

Ska Show with Shocks of Mighty...FREE 21+

Sol Remedy opening for Orange Grove from the Netherlands!!

Jammin with Maka Roots and Rasljah Eternalfyah in Pacific Beach

Cruise to U-31 to skank the night away with us and shocks of mighty!!

We'll be jamming with our brothas of Triloc and Synrgy

All are welcome to Terra Madre Garden's four course feast featuring Son Jarocho and reggae music! We perform at eight til late!

Cruise thru for to do the reggae and dance rocksteady with us along with Triloc and Twisted Relative! Join us at 390 Grand Ave, Carlsbad, CA 92008

We'll be jamming with our brothas of Synrgy for reggae sundays at U-31. Come skool all the fools and be cool. Free show before 9:30, $5 cover after.

Join us jamming with I and I

We'll be chilling with our brothers of LIVN for a night of live music, raffles and giveaways. Doors at 4 pm with a $5 donation, 21 and up.

29th Annual Earth Day at the World Beat Center. Free to all!

Opening up for Akae Beka, doors at 8 pm

We'll be jamming with our companeros de guadalajara Montebong for a thursday night of latin reggae at the Pour House. 9pm, $5 door

Join us as we do the rocksteady with the Amalgamated, SD ska revolutionaries, for a free show at the Ramona Mainstage!!

Support and observe the arts in the making, speak with the craftsmen and enjoy a day at the Centro Cultural De La Raza in Balboa Park. We'll be jamming at 4 pm, donation based, event begins at 12 pm.

Free family event in honor and respect for community and thanksgiving. Join us for a potluck beggining at 1pm at Victor Villaseñors ranch @1302 Stewart St Oceanside, 92054

We'll be jamming with Maiz with a whole lotta latin reggae music for ya! Come thru $5 cover, 21+@710 Beach Club

We'll be sharing the stage with the amalgamated for a reggae sunday at U-31. Better get ready, come do the rocksteady;)

This Bob Fest reverence is given towards Benjamin Vaugh. There will be Mykal Rose and King Yellowman living legends along with K'Reefmah and the originators for opening day. Plenty of music to share the 15th and 16th @worldbeat center. $30 day admission, all ages