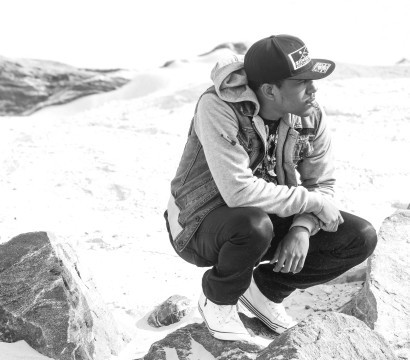 Steves Bryan Joseph was also known as Steves J. Bryan is a Haitian Hip-Hop artist and songwriter who developed an interest for rapping as a child and would constantly express his skills, rather in the streets, in a cypher or at school. He later became a journalist at 18 and started hosting a popular TV show in Haiti, Kom Si Wow, where a group of youths would touch on modern topics, music and culture. Steves J. interviewed many worldwide known artist as well as the former president of Haiti.

In December 2012, he released the “On Blast” mixtape which earned him quite the recognition in the growing Hip-Hop community. Being quadrilingual, he was able to polish a versatile and eclectic style. He went on to release a few other tapes that only but aided in solidifying his status as a star on the rise.

In 2015, Steves J. moved to Miami to further pursue his dreams of becoming an internationally known voice in the music industry. With his voice commanding such demand in the listener’s attention, he decided to remake the trap hits in Creole. With the release of “Poze w Piti” (“Watch Out” 2 Chainz), the song became a massive hit throughout Haiti. Rather the public transportation, the cafes, clubs, schools, anywhere music could be played, it was in the rotation. He followed with “Boule” and “Rive Sou Mwen” pouring more fuel into the fire. Then the mixtape came, Pa Gen Zuzu Nan Trap Kreyol, finally earned him the spot as one of the greatest to do it in Haiti.

Steve J. Bryan is now working on the release of new projects in English to conquer a wider audience and have his voice echo throughout many stadiums to come. He has an amazing stage presence, studied marketing and leadership, furthermore, Steves J.’s quite the motivational speaker

Every Sunday make sure you catch a new song by Steves J. Bryan on his youtube and soundcloud