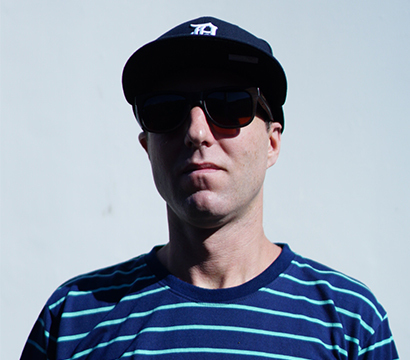 It was sometime in the late 80s. A small town in Michigan. Strictly Blazin was just 8, cruising in the car with his dad when they stopped at a music store and bought a cassette tape. Dad popped it in and the car was immediately filled with great vibes. It was Bob Marley’s posthumous album, Legend, and the sounds of nothing Strictly Blazin had heard before.

You could say that he’s been striving to recreate that same moment and those same vibes since. You can feel it in the parties he spins at. It’s like your first kiss. Your first adventure. The first wave you catch. Whether it’s at a chilled-out beach bar overlooking the Bali waves, a posh night club in Tokyo, a festival stage in Goa, or poolside at a cool hotel in Bangkok, Strictly Blazin’s sessions evoke the sense that nothing else matters but the present.

Based in Bali, you can find him playing sunset sessions, feet in the sand, or in some of Bali’s finest nightclubs, mixing up hip-hop with Dancehall, Afrobeats, Pop, and Soca. A firm believer in anything to keep the party moving, don’t be surprised if you hear an unfamiliar genre in the mix, kissed with the same Jamaican/Caribbean/Afro influence. Everything is infused with that familiar tropical vibe, the sounds that signal ‘escape is here’.

Starting his career spinning 7” Jamaican records throughout the U.S., he now plays clubs and festivals throughout Asia, appearing alongside artists like Dub FX, Anthony B, and Ras Muhamad. From Bestival Bali to Thursday Reggae Nights* (replace with whatever regular thing you do), expect bashment vibes and genre-breaking mixes that will transport you anywhere from a tropical island to the afterhour street parties of Kingston.

Strictly Blazin is also the co-founder of PROPA VIBE$, an international Dancehall & Bashment party collective, and hosts a popular podcast showcasing the hottest sounds of the moment alongside exclusive dubplates and remixes.

One Night In Kingston