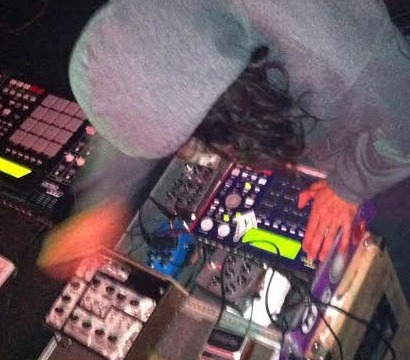 Tenshun’s (real name Jon Calzo) is an eclectic turntable/electronic music artist and beat maker from San Diego CA, head of Skrapez label and part of the Creatures and Kilowattz crews.
In recent years, he has performed concerts in Los Angeles, San Diego and all over Europe backing up Gonjasufi. Calzo is also a member of an electronic music duo called Skrapez who released numerous recordings on their own label and the group Obscuricon. For the past two years, Calzo has been blurring the lines of musical genres with his extensively wide range of influences, mixing his own music with hip-hop, funk, polish jazz and scratch-dub. A very brief list of his influences include David Tudor, John Cage, The Executioners and QBert.

"Anyone that's into Bully Records, Sixtoo, DJ Food or almost any Ninja Tune-esque beatfest, you will come away happily with this..."

"A supernatural release from Tenshun and Psychopop. Experimenting with the charms of magical powers and the influence of mind altering spells, the practice of such enchanting beats and sounds; Witchcraft is fucken diabolical. Intense beat structure will have you on your knees in apostasy and necromancy"