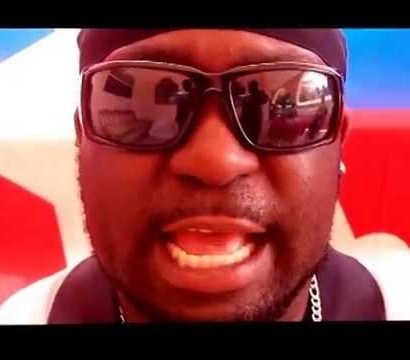 J-Pimp (born September 20, 1984) is an American rapper, recording artist, record producer, and songwriter of Haitian descent. He is well-known and has gained an audience as an MTV Artists, gaining viewers in Haiti, Martinique, Dominica, Guadeloupe, Grenada, Dominican Republic, and in the U.S., primarily from his influential role in the development of audio mixing Haitian-American Hip Hop. He is also the Founder, President, and CEO of D-Ploy Records.

J-Pimp is best known for the release of his fifth independent-label album 'The Average Joe' nominated in Billboard magazine as Top 100 most popular albums of 2005, Top 25 albums on the Billboard 200. He begun freestyle rapping and recording music at age twelve writing his first rap song. In the summer of 2000, he recorded his first EP solo album title First Start. By the age of sixteen, J-Pimp sign his first record deal with 'Deathwish Records' but was not with the label for very long. In 2001, Following a serious football injury in the 9th grade, he began to consider rapping as a career turned his family garage into a recording studio using two keyboards, drum machine, and a multitracker XR-5. In 2002, at age 17 he dropout of high school in eleventh grade to pursue a career in the music industry, while his passion for recording music became an obsession. In March 2003, he founded his own record label 'D-Ploy Records' and recording studio. In 2004, D-Ploy Records (Loud Boyz) made an impact in the music industry as one of the legendary urban underground rap groups on SoundClick, J-Pimp was also featured in Elton Mondesir album "L'anmou Sou Hyway" kompa single 'Ou la la la' that made #61 on the World General charts. In early 2005, After graduating from high school from Cornerstone in Townsend, Georgia., he released his fifth LP album "The Average Joe", which contained the hit singles 'Gotta Get It' and 'Ride 2 Die' "LOVE" featuring Lady B. He released his second mixtape in January 2006 title "Tha Pimp Of Tha South", which featured Puerto Rican reggaeton recording artist Lady B, successful hit single 'All My Lady's', which received significant plays on radio stations in Puerto Rico, and Miami. J-Pimp released his first solo single title K.O., from his upcoming album title "Florida Finest" in 2009. The track reached #1 in Haitian charts for 19 weeks and is still a popular song played on commercial radio stations throughout the country. On January 5, 2015., he published the music video for the song "K.O." on YouTube. The majority of the music video was shot in Haiti with scenes in Crøîx Païx, Léogâne., also premiere on MTV. As of 2010, J-Pimp has released his third mixtape entitled Now or Never, and confirmed he is working on his sixth studio album title Florida Finest, which will be released in late 2012. On May 8, 2011., he released his second single and published his first promotional video for his single Land Of The Free by J-Pimp, which is offered for sale at Billboard '​s music store and listed on his sixth studio album title "Florida Finest", on the popular website YouTube. Between his fifth and sixth studio albums, he took a seven-year hiatus from releasing albums due to prescription sleeping medication. In the summer of 2012, J-Pimp undertook a 3-week performance tour through Haiti. All proceeds from the tour were donated to local, private, and church-based orphanages. J-Pimp has released several Mix Tapes, Soundtracks, and Greatest Hits as well as Independent albums. On August 6, 2013., he released D-Ploy Records Presents: J-Pimp 'Greatest Hits Vol.2', which received positive reviews almost immediately exceeding sales of one hundred thousand copies worldwide. In 2014, he was established as one of the most successful independent record label owners in the world. On November 4, 2014., J-Pimp rose to prominence with his self-released independent debut EP album Real Music (2014), as a digital download to critical and commercial success that produced global chart-topping singles such as "Rise & Grind" has gained insurmountable recognition for his seemingly pristine lyrics and blended of English-based creole rap style, including his successful hit single "Pussy Poppin'" became an international hit, topping the Top 10 charts on SoundClick and Australia. On February 7, 2016., J-Pimp released his third single "Grind Hard" on his Mix Tape Vol.4, released by D-Ploy Records is a SoundClick Top 50 song in HipHop, which earned him his first #1 in Bass Rap charts. On March 28, 2017., J-Pimp became the first American rapper of Haitian descent theatre directing hip hop short film for Get Guap (OFFICIAL MUSIC VIDEO) song, including record producing, motion graphics, and sound recording design for the production making him the first in music video directing history to be a film director, theatre director and creative director.