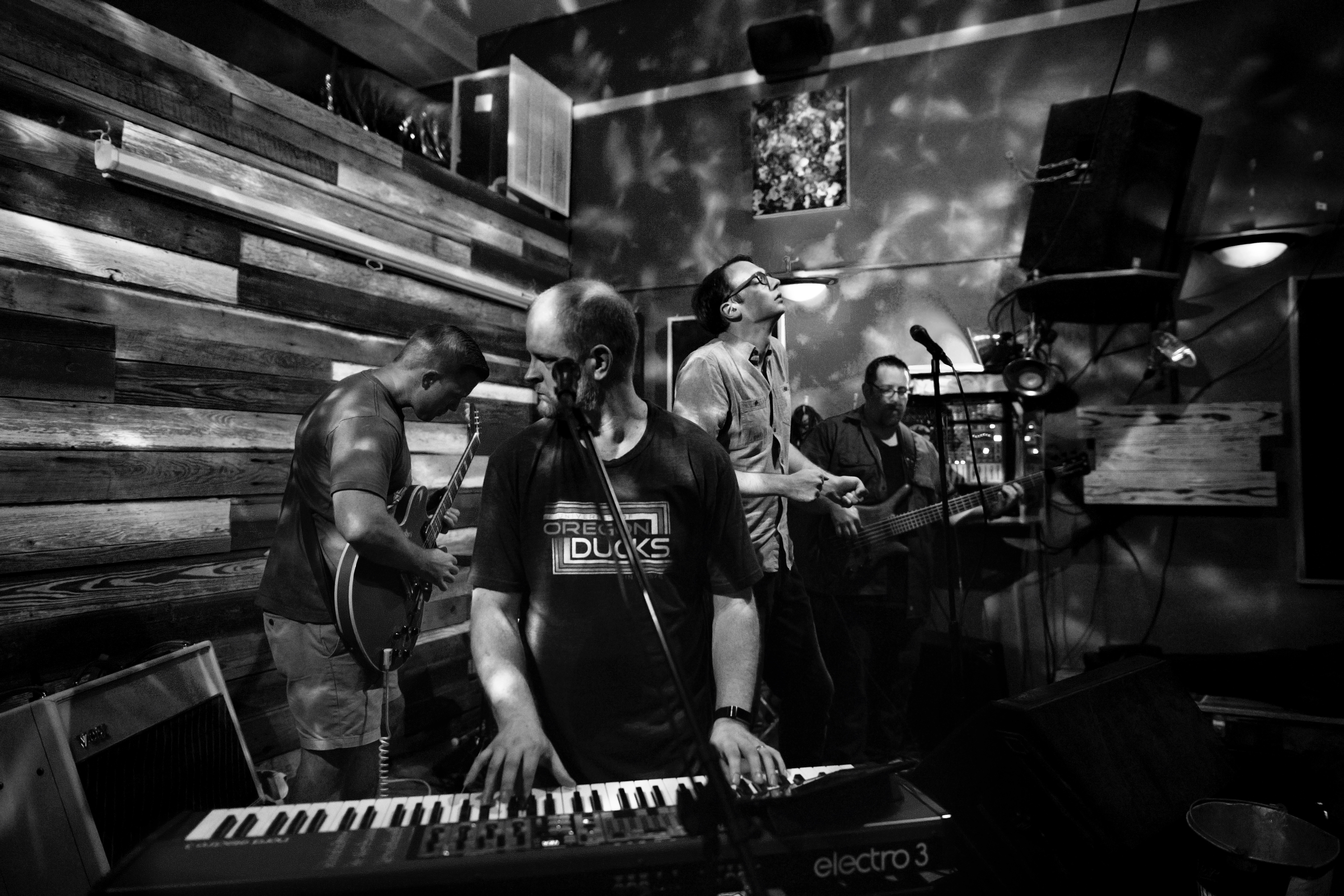 They're a five-piece band, with members from Raleigh and Chapel hill and have been playing since October, 2016.  Their influences range from Memphis soul, to southern rock, to proto-funk and back again.

Their first show was in January, 2017 opening for Jack the Radio at The Pinhook in Durham, and they've played multiple venues across the triangle area including:  The Cave, The Kraken, 2nd Wind, and Cat's Cradle  in Chapel Hill/Carrboro; Deep South, Berkely Cafe, and House of Hops in Raleigh; Chef's Palette in Cary; and the Pittsboro Roadhouse.

Nick Clerkin sings lead vocals for the band. He recently relocated to Raleigh from Milwaukee, Wisconsin and is still working on his "y'alls." He cut his teeth in an a cappella group at Marquette University, serenading campus with a mix of soaring falsetto and hard-rock edge. He works quiet days as a budget analyst, allowing him to save his voice for the stage. He can't wait to bring the house down at a venue near you!

Band-founder Brendon Bass plays guitar (and also plays guitar in Secretary Pool and Slinger Francisco.) He spent a couple of years trying to get Holler and Shout off the ground, which left him plenty of time to come up with the name.

Mencken Davidson quit the bass guitar about twenty years ago to have a (non-musical) career and (awesomely musical) family, but he fell off the wagon a few years, and is now a proudly self-identifying "recidivist bassist." You'll generally find him somewhere stage-left, landing on the one with both feet.

Chris Lucier is plays keys and is new to Raleigh, having recently moved to NC from the Pacific Northwest. He provides everything from screaming B-3's to Rhodes, to Clav, and yes...even piano to the mix. Versatility in sound is a hallmark for Chris, citing influences ranging as diverse as: The Beatles; Ray Charles; John Lord; Ray Manzarek; and Mozart.

Paul Currier cut his teeth playing the drums with a blues band called "The Alligators" way back in 1991. Since then he has experimented percussively with Punk, Alternative, Mock Rock, Hawaiian, Bass/Drum...and metaphorically with everything else.

Next Stop, House of Hops!

We'll be playing at the House of Hops on August 3rd with funk-rock band Butter.  Come see the show and drink the beer!

We'll be at Chef's Palette this Saturday!

Come on out to Chef's Palette this Saturday night for three hours of live music *and* a new face behind the drums!

4-song demo/EP on Spotify (and other places too)

Listen to our self-produce 4-song demo/EP, the aptly titled "Demos/schmemos-'17" on Spotify. or buy it on Amazon, or google play.

The Cave (Opening for The Underhill Family Orchestra)

We're playing at (the iconic, Franklin Street spelunker's paradise) The Cave, opening for The Underhill Family Orhcestra (in their first visit to Chapel Hill, all the way from Alabama.)

We're opening for Pierce Edens at Deep South (the bar) in Raleigh!

Contact Information
Contact us for booking; we're available to play across the Triangle (and outlying) areas.
Information Request