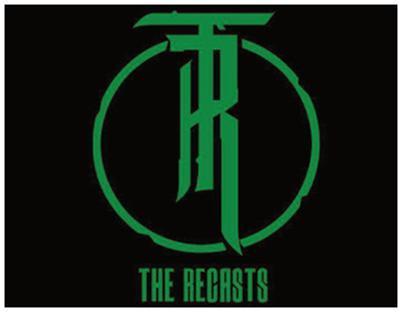 With 5 members from 5 different hometowns, The Recasts origins were created by chance and almost did not exist at all.

In 2011, frontman, military veteran and band creator RecastMando almost did not return from his last deployment. He insisted after his time supporting the scene, this might be his last chance to make this happen.

With members coming from New York, Houston, Chicago, New Mexico and San Antonio, for all different reasons, The Recasts now take shape after cutting their teeth for years in the scene developing their sound and their powerful, adrenaline fueled stage performance.

The Recasts have a sound that invokes punk, metal and rock and roll fusion, to create a powerful and entertaining sound that gets your blood pumping. Members from different areas, difference races, different genres, gives The Recasts their unique sound that is purely original.

They have shared the stage with such bands as Jeffery Nothing, The Heroine, Banshee, King Kyle Lee and more. They take pride in bringing up bands along the way, giving them an audience, and backing it all with a family environment to be conducive to the scene and the show goers alike.

They don’t push religion, don't care what race you are, bash what you eat, talk politics, or anything else. No back tracks, enhancers or otherwise. They are straight plug and play, all about the show entertaining musicians. They can bleed, be sick, hurt, doesn’t matter, the show people have paid for will happen!

The Recasts understand they came together for a reason, and plan to carry out their plan to unite, share brotherhood and family, destroy hate, all while giving you a hell of a show!

When you are done, all that’s left is “Holy Sh!t, That’s the mother f#cking Recasts!”

With their 4th annual festival, The Recasts join Coldcock Whiskey as they bring you the 22 best bands deep in the heart of Texas, San Antonio! Again at Fitzgeralds, you will be able to see bands inside and outside, and you never know what you will see there! But one thing is for sure, it'll be bigger than ever!

The Recasts drummer Doctor Dan has been endorsed by Xcel Drumsticks! Signature sticks soon to be at every show!

The Recasts will be filming the video for Full Throttle!

Songs will be available worldwide on January 31st 2020!

The Recasts- On The Run Tour

The Recasts go on their first ever National Tour!

With their new album America's Most Wanted, this tour will tear through parts of America while on the run!

New Sponsor for The Recasts!

The Recasts have been named as the Official Music for Fantasy Sports Alliance!

With this groundbreaking new type of Fantasy Football, they sought out to work with The Recasts who has created their official theme music. The Recasts will work with FSA on new and exciting developments.

The Recasts will be interviewed on Rock Addict Radio

The Recasts feature a night of Rock n Roll along with The Next and more!

The Recasts perform at Fitzgeralds in San Antonio!

The Recasts join at least 21 other bands to perform the now 2 day fest!

The Recasts join at least 21 other bands to perform the now 2 day fest!