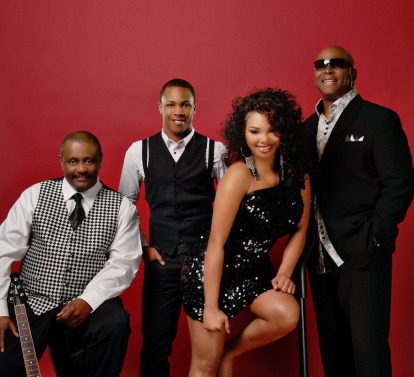 The S.O.S. Band was “born” when Tabu Records' label head Clarence Avant, assigned Sigidi Abdullah, a songwriter and producer, to write and produce for the band in 1979.  Sigidi changed the band's name from Santa Monica (a rather curious moniker for an Atlanta-based band) to The S.O.S. Band.  The acronym stood for Sounds of Success. Then manager, Bunny Jackson-Ransom, had previously sent the band's demo to Avant, who liked what he heard and signed the group. He then paired them with Abdullah to deliver a sound that would garner them commercial success. The band, was comprised of  Billy Ellis, Bruno Speight, Jason Bryant, Willie “Sonny” Killibrew, John Alexander Simpson, James Earl Jones III and Mary Davis.

Starting out the gate with the 800,000 selling single, "Take Your Time (Do It Right), released in 1980, the group enjoyed the taste of success their name suggested, as their debut album shot up to #2 on Billboard's R&B Charts and stayed there for several weeks.  The band cemented that success with their second album, released in 1985, as it achieved a Billboard R&B chart position of #25 with the album later settling down at #27 on that chart.

As The S.O.S. Band's third album did not deliver the chart topping punch of their first or second albums, their fourth studio effort would be completely helmed by the legendary production team of Jimmy Jam & Terry Lewis.  This album would garner The S.O.S. Band a number of hits starting with “Just Be Good to Me” which reached #2 on the charts, while their ballad “Tell Me if You Still Care” went to #5.  The album, “On the Rise”, became their second gold album, eventually peaking at #7 on the R&B charts.

In 1987 Mary Davis left S.O.S. to pursue a solo career, releasing her first solo album 'Separate Ways'.  With Chandra Currelly assuming the female lead vocals - replacing Mary Davis' vocals in The S.O.S. Band, the group would release one final album through Arista Records in 1991.  Since that time, The S.O.S. Band has appeared publicly in a variety of incarnations and formats with various people standing in.

In a calculated move to restore The S.O.S. Band to its former marquee status, founding member Bruno Speight, along with music director and relative, Gino Speight, sought to revive the energy and cohesiveness that was once the band's hallmark. (Gino served as Mary Davis' band director when she left The S.O.S. Band to pursue a solo career).

With uncompromising attention to The S.O.S. Band's core repertory and trademark sound, the formidable Speight team has embarked on pulling together a team strictly geared toward recapturing the band's former R&B glory and pedigree.  Re-tooled, road-ready and armed to the teeth with funky throwback hits and newly minted original tunes, The S.O.S. Band is moving its brand to higher heights as they take the stage to entertain old-school and new-school fans alike.  If you haven't experienced The S.O.S. Band in action, you're in for the treat of a lifetime!

Classic Bands don't fade away.  Instead, they pump new vitality into their music by taking it to the stage and taking their legion fans on a collective journey down memory-lane. Classic bands deliver the hits that, in many cases, formed the soundtrack of many of their fans' lives. But most importantly, classic bands deliver on a foundation of timeless music. Music that rekindles memories that have remained tucked away in the corners of every music fan's mind.  In short, classic bands, never fail to get audiences on their feet.  One listen to the familiar chords of an old, favorite, classic song and the magic happens all over again.

The S.O.S. Band is such a band.  It’s one that form an integral part of an even greater music legacy. In a move to share the magic of that legacy and to keep it ever-flowing, S.O.S. is planning to take their music to the stage this summer.  Back to business, The S.O.S. Band is in rare form and ready to hook up with the multitude of dedicated fans eager to experience their live music concerts.

In a move that's sure to bring the house down, The S.O.S. Band has announced plans for a 2012 summer tour. The re-tooled and energized group will be taking their unique flavor to live audiences - not just around the country, but around the globe as well.  Dapper and ready, The S.O.S. Band will reprise their groove-laden, fist-pumping, undeniable anthems on-stage, as well as introduce their fans to their new music, in a town, near you.

Stay in the know.  Be sure to keep The S.O.S. Band on your radar this summer!!