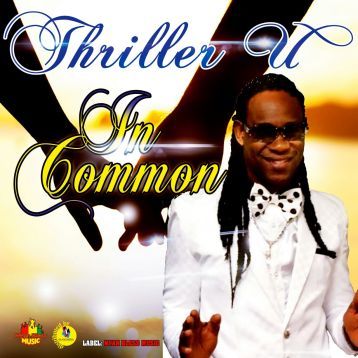 It is often said the race is not to the swift or the strong but for those who endure to the end. The same can be said of Thriller U whose career has withstood the test of time. Arguably one of the Jamaica's best vocalists, he has faced the challenges of this demanding industry and remain firmly rooted ready to takes his place in the Reggae Music Hall of Fame. Following an extremely busy 2016 that saw the released of several singles, "In Common", and “Isn’t It Wonderful”, to name a few, the artiste is now focused on his upcoming album.

“I have always wanted to show my versatility and that’s why I am so excited about this project”, states Thriller U. “This is an opportunity to showcase my talent to the world. It’s been a long time coming. My fans will finally get to hear me singing different genres”.

The upcoming album appropriately titled “Genres” is being produced by Nyah Bless Music with a release date scheduled sometime during 2016. It will feature Thriller U singing several genres, to include, Gospel, Latin, R&B, dancehall and reggae.

Born Eustace Hamilton, he started singing at the tender age of ten. He had no idea that playing tunes from the jukebox with his friends every Sunday in Sligoville would lead to a life changing endeavor and eventually a musical career. He explains, "I was just doing it as a hobby, we were just out there with friends trying to be happy. Those times I never saw music as a career."

Thriller U's UK debut album, Waiting for You, released in 1988, reflected his tremendous talents. The title track was a #1 hit on the United Kingdom Album charts and remained at #1 for eight consecutive weeks. During that time his vibrant single "Juggling" surged to #1 on the Jamaican Top 40 charts, spending over five weeks. Other #1 hits followed, to include "Young and She Green" (featuring Johnny P) and "I’ll Prove It to You", both represented by Technique Label.

In 1988 Thriller U linked with Donavan Germain and began a collaboration would eventually span over 20 years. He became one of the major singers of Penthouse Records, recording more than 20 singles and an album for the label. The album, "Crazy" was released in 1989, the same year he was honored Best New Singer of the Year by the Jammy Annual Awards. Since then, he worked with a number of producers, locally and internationally, including Ossie Hibbert, Bobby Digital, King Jammy, Overheat Records Avex Tracks, Sly & Robbie and Rap artist Krs 1.

While enjoying a successful solo career, he joined the vocal group L.U.S.T. (Love, Understanding, Sensitivity and Trust), alongside Singing Melody, Tony Curtis and Lukie D. The combined performers stated that the group was going to put the ‘flava back into reggae’. The group shot to stardom in 2007 thanks to their debut single Sweetness of Your Love which spent multiple weeks atop local charts. They found themselves back into the spotlight in 2009 with their impressive rendition of Air Supply's 1985 hit, Just As I Am.

Thriller U's style is similar to that of Frankie Paul who he considers to be an influence on his musical career. Others include his sister Peaches, Dennis Brown, Gregory Isaacs, Pinchers and international stars such as James Ingram, Dionne Warwick, Teddy Pendergrass and Michael Jackson. The silky smooth singing style enabled him to obtain an international recognition and he credits the voice for his artist name. He explains, "Originally my name was Baby U, as my father name Big U. When I was singing, people said it thrill them, so they started to call me Thriller U."

Thriller U remain steadfast in his desire to prove the critics wrong. He has accepted the fact that the reggae music industry has changed a lot. However, he firmly believes reggae is not dancehall, reggae is reggae. His latest single, "In Common" released on the Nyah Bless Music label is solid proof there is hope for the music. And he adds, "Back in the days when we made music it was good music to play to global audiences. This single may be instrumental in putting the industry back on track."

Thriller U's depth and quality of his songs is the driving force that has kept him at the top his game. If he continues to deliver classics such as "In Common", he will definitely continue to be a major force within the reggae music industry.

Nyah Bless Music continues the onslaught on 2015 with the release of yet another bombshell single on the brand-new Feelings rhythm.

This time, the label reaches out to Thriller U, arguably one of the Jamaica's best vocalists, and he delivers with a classic entitled InCommon. The track was released on March 17 and is available on iTunes and on all major digital platforms.

"I know we all have something in common," stated Thriller U. "I have not come out with a song for a long time now and this is a song for you all. This song has the potential to be #1 on the Billboard Charts, and I am not talking the reggae charts!"

Built by Franz Ace, the rhythm has received great reviews since the release of the initial single, Feelings - Imar Shephard, featuring Nastassaja. The addition of Thriller U will definitely boost the popularity of the rhythm and keep the reviews on an upward trend. The compilation is scheduled for release later this year.

In Common is produced by Hopeton Brown of Nyah Bless Music. The song is about two people getting to know each other and finding out they both have something in common.

West Point on the Eno Amphitheater