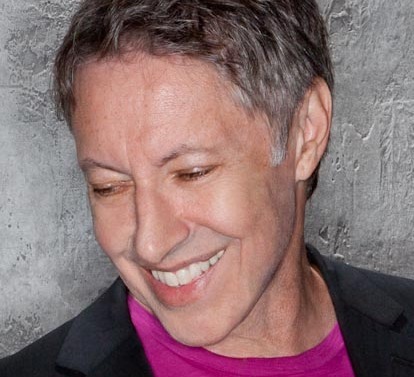 TOM GRANT, master instrumentalist, talented singer and natural entertainer nimbly walks the line between jazz tradition and modern pop. This soft-spoken Oregon native's inspired songwriting produces propulsive R&B grooves, infectious melodic hooks, and stylish ballads with equal ease. He plays jazz piano with the harmonic sophistication and deep sense of swing that only comes from more than three decades on the bandstand. At the same time, his recordings have consistently landed at the top of the Smooth Jazz charts, a genre of music Tom helped to pioneer in the mid-80s.
As the Pacific Northwest's most renowned musical artist, Tom Grant's career achievements reflect his unique ability to embrace the full spectrum of contemporary music.
Born to show business parents, Tom was at home with many musical instruments, but always returned to the piano. At a tender age, he was taught to play piano and drums by his tap dancer father. Later, he learned about music styles listening to music at his father's record store in Portland, Oregon. After graduating from the University of Oregon and a short stint as a high school teacher, Tom answered his musical calling. Native American saxophonist Jim Pepper took Tom to New York in 1970 to record the chant classic Witchi-tai-to. After that, he toured and recorded with such jazz greats as Woody Shaw, Joe Henderson, Charles Lloyd and Tony Williams.
Since 1983, Tom’s records have repeatedly topped the Smooth Jazz charts. Several, including the popular Mango Tango, Night Charade, In My Wildest Dreams, and The View from Here, enjoyed lengthy stays at Number One.
His recent tours of Japan and Indonesia attest to his popularity in Asia. He has been featured on CNN and has been a guest on the Tonight Show with Jay Leno.
His compositions are also used in TV and Films worldwide. Recently, Tom has delved more deeply into the world of music for film. Working primarily on documentaries and independent films, Tom’s touch can add magic to a soundtrack.
In his hometown of Portland OR, Tom is well known for his work with charitable organizations with numerous appearances through the years at charity events and on charity compilation CD’s.
In 2001, Tom started recording on his own record label, Nu-Wrinkle Records. After nearly 35 years of recording on various labels (Windham Hill, Verve, Shanachie, PAUSA, Gaia, WMOT, Timeless International, Chase Music) he felt it was time to explore the world of self-produced music. He currently has seven releases on this label.

Tom Grant is a Yamaha Artist