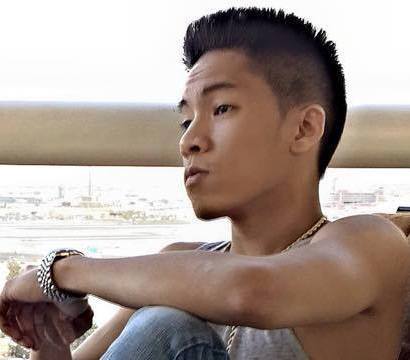 Tony started his career doing multiple things in entertainment, but his brand took off as he pursued music. He has done several tours and shows for multiple schools in the Los Angeles and San Fernando Valley in California.

He has a diverse musical and lyrical background which includes rap, hip/hop, and now R&B, which he has found to be his genre. His vocal ability has transformed over the years and he has become one of YouTubes most talented artists.

He has had multimillion views on line and has a very diverse fan base. He was recognized by RBS Management in December 2013. His first iTunes single, "Down For You" was released in 2014 and his latest iTunes single, "Bandz Up" was a great success. He is also an experienced dancer, piano player, and makes occasional brief appearances in TV movies. His debut album "Never Fold" releases Spring of 2015 and is expected to be a major success.

Tony's personal manager and CEO of RBS, Reggie Batts works personally with Tony daily. Reggie travels the world working with business executives and entrepreneurs world-wide, building their businesses and making them successful. He takes a personal interest in managing every aspect of building the Tony Luu brand globally and strategically taking him to higher levels.

Tony's next moves will be multiple shows nationally and expanding his musical brand internationally.

There’s only one word that can describe Tony Luu and his new album that was released May 5, 2015. That one word is “perfection”! This is one of the most diverse projects he has ever released. The quality of his sound has grown so much over the last year that his days as a rapper have been put away. He is now a well-respected R&B singer and has earned that recognition by the nature of his new style which is clearly evident in his new album. He has transformed into a very good artist with a very good style and sound!

His first single release from the album, “You Bad” was also accompanied by one of his best music videos to date. His style and character are fully displayed in this music video. It also leaves you in anticipation of the next music video which is set to release sometime in June. it’s a great album and the reviews have been nothing short of favorable. The authenticity of the Tony Luu brand is visible in every song on the album and every song is catchy and gets you moving without even realizing it. You can purchase the album here:

Tony will be working the next few months on producing new music videos from the album as well as promoting the album to insure its success. He will also do a few special projects with other recording artists, guest performing at shows, and starting up his next album in the fall.

His momentum hasn’t slowed down one bit, and his tenacity & drive along with his love for the music business will only take him further. Tony has a bright future and he and his management have no plans to slow down.

No Label Tour in Association with RBS Management & Entrtainment

Contact Information
Tony Luu is Professionally Managed by RBS Management & Entertainment. Please send us an email. Please allow up to 48 hours for a reply.