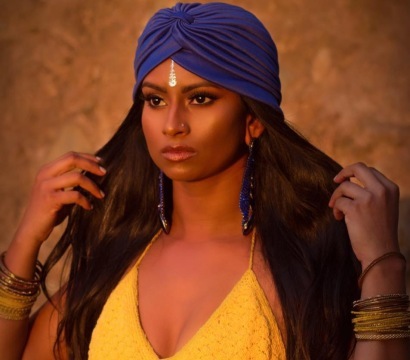 Trishna was born in India and adopted to an Ohio based family when she was just a year old. Church, school, and local competitions were the foundation of Trishna's training throughout her youth. She later graduated as a vocalist from the #1 rated contemporary music college in the world, Berklee College of Music in Boston, MA. Since her graduation, she has worked with several different producers, managers, and artists. Trishna has had performances of the National Anthem for the NFL and NBA, performances at the Grammy Office in NY, throughout different venues in NY and LA, accompanied by performances in film and television.