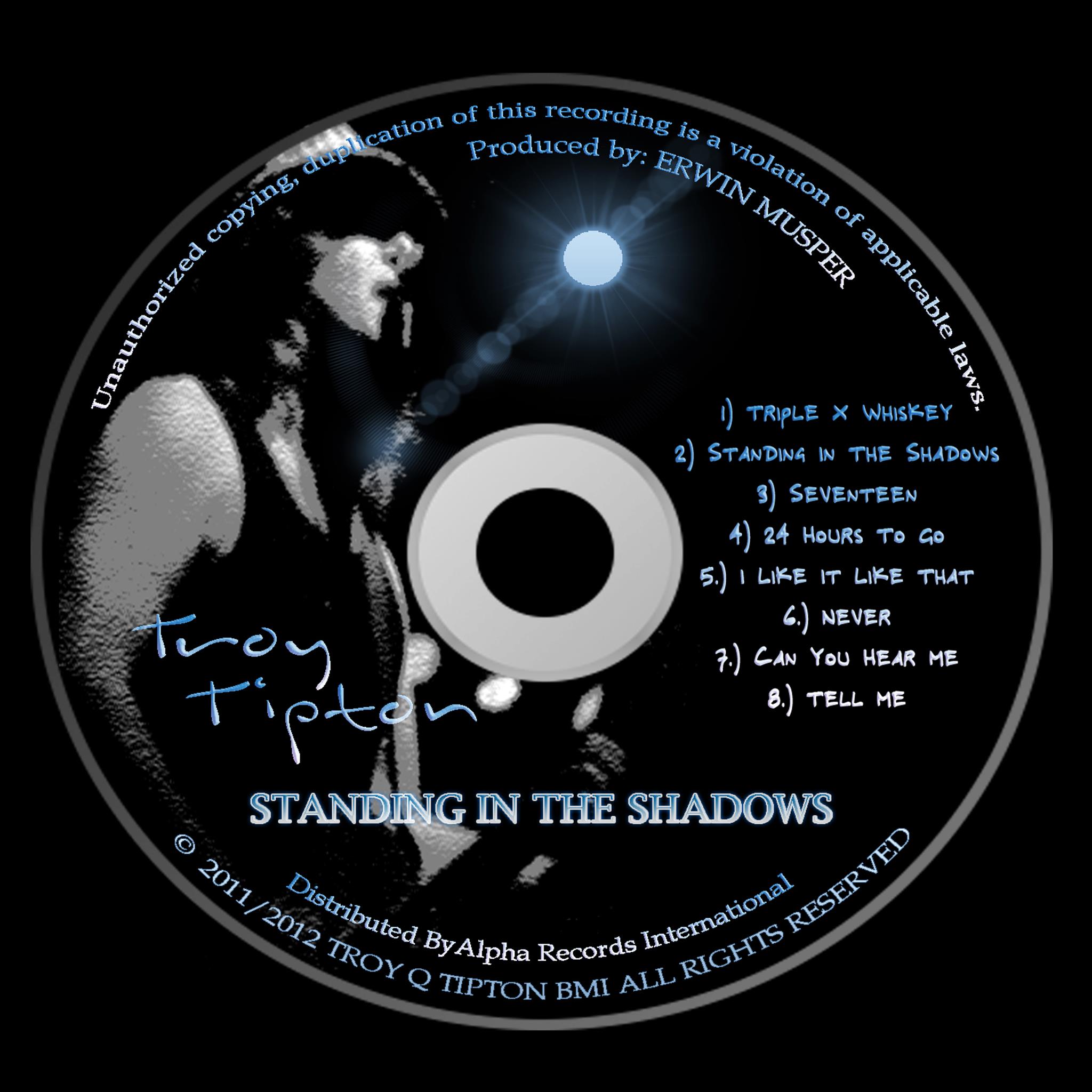 1986 - played guitar for Capitol Recording Artist SLY FOX (platinum hit: let's go all the way) and toured playing large arenas and outside shows opening for KOOL & THE GANG, LISA-LISA, THE JETS, ROGER & ZAPP, READY FOR THE WORLD, STARPOINTE and many more.

2010 - played guitar for Thomas Heath of Tommy Tutone(With the gold hit: jenny 867-5309) and toured playing Casinos and Concert Venues opening for LOVERBOY and A FLOCK OF SEAGULLS.

CURRENTLY: Doing a solo project as TROY TIPTON with my CD "Standing In The Shadows" doing well worldwide. one of the songs from the CD "I Like It Like That" is appearing in a teen thriller movie debuting May 29th, 2016 (starting in Orlando, Florida) www.novaroadthemovie.com

****You are listening to Rich Man's Dust by Troy Tipton number ONE this week on VRADIO Nashville...thank you fans!****

Music Video (Easy On The Eyes)

Rich Man's Dust by Troy Tipton number ONE this week on VRADIO Nashville...thank you fans!

Tune in on Friday January 16th from 12PM to 2PM where Troy Tipton will be live on air with DJ JIM SHOE. you will hear some of his best songs ever and hear some great road stories about when he toured opening for BLACK SABBATH, CHEAP TRICK, WHITESNAKE, LOVERBOY, SAMMY HAGAR and many others:)

Top Of The Line Tavern

The Project with Filthy Rich

Gary Spaulding of Adrian Belew and the Vandells