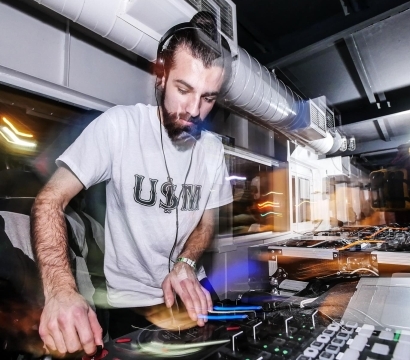 TYGRIS is the musical culmination from the mind of Metropolitan based Audio Engineer and Musician, Zach Plocic. Beginning in 2013 Zach started organizing and performing at local events under various monikers related to the different styles of electronic music being explored by the young DJ/Producer. Initially being influenced by the sounds of Rusko and Pretty Lights, and later taking inspiration from the likes of Tipper and Noisia, Zach's sound is an aqueous blend of hard hitting neuro bass and classic hip/hop turntablism.

Having showcased this blend of sonic frequencies on his 2016 debut release, The Inaugural Womp EP (Parts 1 & 2), Tygris continues to release floor shaking music through various labels and collectives such as Daedric, Funkadelphia, Toortous, Aspire Higher and more. In addition to a handful of new music released in 2016, Tygris kept a very busy schedule performing at events such as F.A.R.M. Fest, Gala In the Grove, and Germination. With performances at Webster Hall and Slake NYC, the 21 year old artist continues to grow and share the stage with acts such as Esseks, Bleep Bloop, Craz, Freddy Todd, and the Zebbler Encanti Experience.

What You Will Get:

Final export to be returned to client within two business days of submission + payment.

Contact Information
For information regarding releases, collaboration, bookings, and press, please fill out the attached contact sheet. Your message will be addressed and a response will be sent as soon as possible.