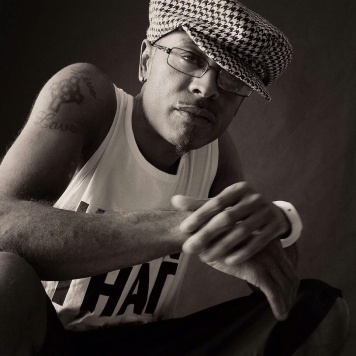 Some people do not need an introduction. There are music makers that created songs that dominated for decades. James Hardnett, better known as Uncle Head of the infamous “SPLACK PACK” is one such artist. A legend and pioneer in what the world knows as the “bass or booty bass” genre of music (Having hits like “Shake that Ass B*tch, Scrub Da Ground, Let Me C Ya Work It to name a few favorites), Uncle Head and his team ran the music scene of the south east (predominantly Florida and Georgia) for most of the 90s...and without a doubt could still get booties bouncing all over the place in 2018.

Those were some great music days, but since then he has grown and become much more keen on the business side of his craft. Uncle Head currently is the president of his own record label “BOTTOMLYNE RECORDS” which has distribution with Big Shot Music Group/Empire Distribution. Becoming very familiar with the ins and out of music behind the meeting doors has made Uncle Head an extremely well rounded and versatile force in the industry.

Uncle Head has made some great strides on the non-music side of the business house, but he has remained diligent and active with the art he loves over the years. He recently dropped his first solo album “From Uh Boi to Uh Man” and his latest single “SuperFreak” featuring Dutch Dirty...and also has an entirely new project in the works called “SoufLyfe” slated for release in early 2018. As Uncle Head continues to charge ahead musically, he holds steadfast to the mission of putting out “feel good” vibes and introduce the world to the artists he has been working with under the BOTTOMLYNE RECORDS umbrella.

Be sure to stay tuned in to the comeback of a legend who’s influence in southern music has never left. Uncle Head is definitely on the rise to being on top and taking hold of yet another time frame of music.