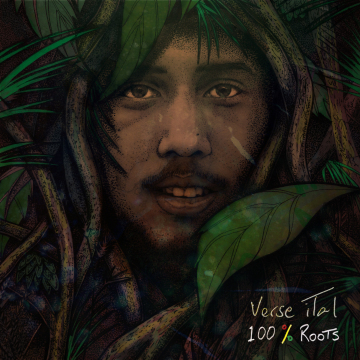 Out of Trinidad and Tobago comes Verse iTal, whose childhood musical influences ranged from local calypso legends like Lord Kitchener, the King of Pop Michael Jackson, all the way to dancehall icons like Buju Banton. A relocation to Philadelphia in the early 2000’s introduced hip-hop to his mix of musical tastes. This would also be the place where Verse iTal would find Rastafari.

After 5 years in Philadelphia, Verse returned home with music in his heart. As a part time mathematics teacher, he used his spare time to fine-tuned his craft with the help of producers, friends and fellow artists who saw potential in the young artist. It was during this time he would find his singjay sound heard in releases like “BluePrint”, “Pon D Hillside” and the timeless “Spring Water”.

In 2013, on the heels of releasing his smash hit “Never Hurt”, produced by Germany’s Culture Rock Records, iTal moved to the Netherlands to expand his musical and professional gifts. After winning the Benelux Reggae competition in 2014, the artist performed in many big music festivals including Reggae Geel and Smile Festival. One year later the Culture Rock produced EP “Truth And Substance” was released, highlighting the artiste’s versatility and call for righteousness, best represented in the infectious anthem “Want No Part”.

From 2016 – 2018 the artist continued to perform with his band at summer festival events like Zwarte Cross Festival in Holland and Ruhr Reggae Summer in Germany as well as numerous smaller events across Europe. During this time period, iTal put his versatility on full display with the deep roots sound of “Lion Stride” to the modern reggae crossover sound of fan favourite, “Ganja Samurai”.

The artist plans to end the year with strong energy, by releasing new material on the album entitled “100% Roots”. Set to release on November 16th, with productions out of Trinidad and Tobago, Germany, the Netherlands and Belgium, as well as a feature with Suns of Dub, this album is sure to please the ears of reggae lovers worldwide. Stay tuned!