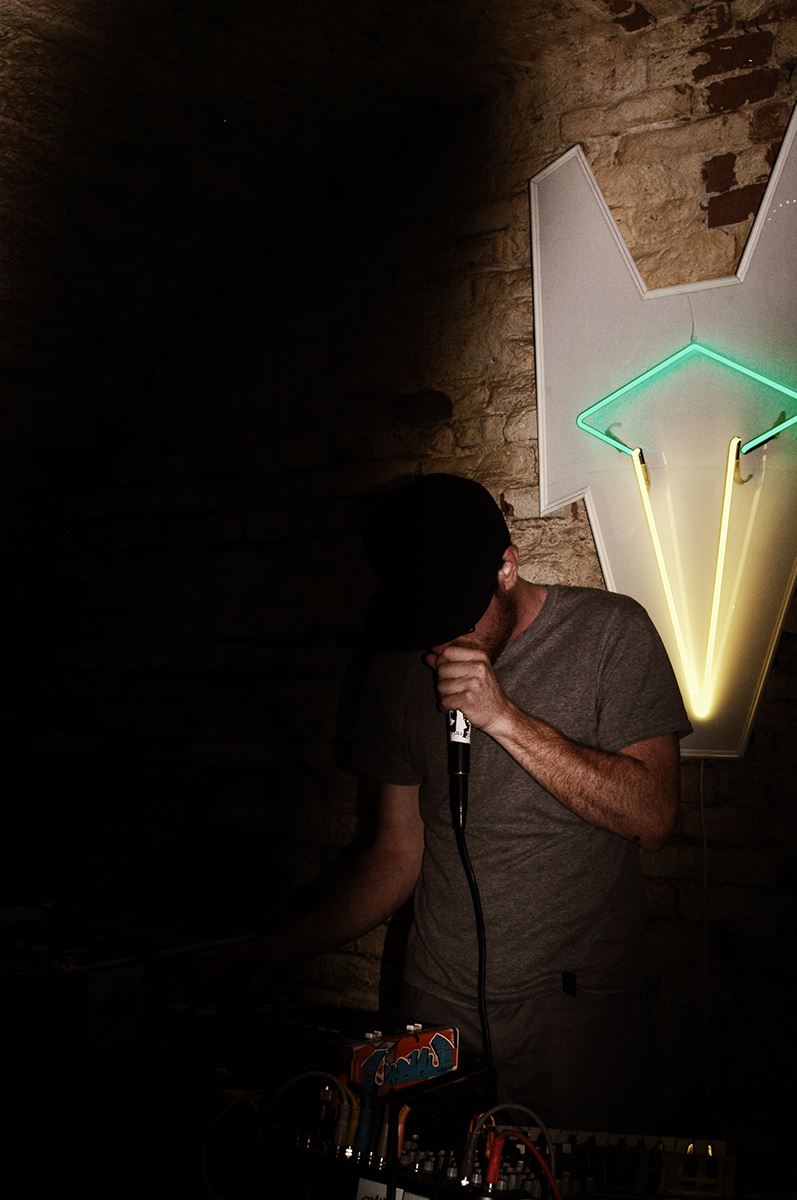 Walter Gross is truly a one of a kind artist, iconoclast and a master of many mediums. He is mainly known for his experimental audio soundscapes, which inhabit a space between dustbowl folk re-appropriations, walls of noise, sludgey trap rap and prog-rock. Its easy to throw a bunch of catch phrases together and make a bio seem compelling, but Walter truly walks these lines with grace and originality.

Born in Baltimore, currently living in Berlin, Walter has never compromised anything in his life. When he was in LA during the peak of the “L.A. Beat Scene,” he could have gone with the simple laptop approach everyone else was doing at the time, that would have lead to more success and easier club bookings. Instead he opted to do what felt real to him, haul around 60 lbs of samplers, noise pedals and be a one man electro- Godspeed! You Black Emperor, stuck to his guns and doubled down on his style of art.

Words don't do music like this justice, after a decade and a half of DIY releases you can feel his vision coming together and his approach shifting to serious song writing and compositions that are the perfect sound track for the Mad Max era we are entering.

"Ah, Walter Gross. One of the most creative noise-based musicians alive."

"After a decade and a half in the scene, it’s safe to say that Walter Gross is a well-seasoned veteran when it comes to do-it-yourself music."

"Vestige sounds like the demented stepchild to post-rock." - Extraordinary Nobodies

"Walter Gross is making music for us because he is us." - SYFFAL

"I can definitely say he sits right next to EL-P & Trent Reznor for me as a musical genius of sound crafting...Walter is a genius without question, and GENRE is another in a catalog that undoubtedly will be studied as hidden works of perfection in the future." - Damn That Noise

"With dollops of punkabilly rancidness and hip-hop fuckery, Walter Gross has developed a unique style representing what it truly means to be from Baltimore. Just like a needle exchange program, Walter Gross takes in the dirty and returns a decisive resonance of noise that would dishearten the strong and empower the weak" - Animal Psi

"Crazy hiphop experiment with MC K-the-i??? and Baltimore Noise grunter Walter Gross (Youth:Kill), creating a hybrid screwed up enough to be real damn interesting. Not much in the way of beats, but there's a swell garble of glottal wank and compressed synthetic menace here. Which makes for a bracing combination."