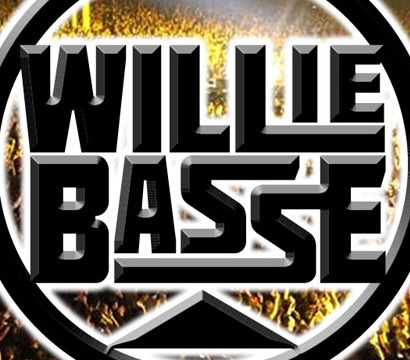 Willie is a classically trained vocalist and has been on stage since the age of five. From age 10-15 he was a choir boy with the world famous Texas Boys’ Choir (recipient of two Grammy Awards). He worked with Igor Stravinsky (premiered Stravinsky’s Mass in C-minor), The Santa Fe Opera (2 seasons), Greg Smith, Burl Ives, E. Power Biggs and William Self.

He later moved to Los Angeles where he met Record Plant founder, Gary Kellgren. He toured and recorded with Jimi Hendrix drummer, Buddy Milles for five years and ended up working with Led Zeppelin engineer, Andy Johns, who he met through Kellgren.

Revered by many as a metal pioneer, later dubbed The Cultural Ambassador To The Sunset Strip, Willie is known for his outrageous parties held at his rehearsal studio in North Hollywood called “Wilpower” where many LA bands got their start – Guns 'n Roses, LA Guns, Racer-X, Leatherwolf, Bitch, Sound Barrier, Little Caesar and many others.

Willie’s motto was three bands, three kegs and a thousand people! The parties got so intense, he had to rent out The Roxy and The Whiskey clubs to accommodate, thus began the infamous “Sunset Strip Era.” Willie and his partner, Mike Turcott had a printing press in his studio and supplied flyers to many of LA’s most famous bands – Poison, Warrant, Tuff, Jade, Bang Tango, Pretty Boy Floyd.

His first recording facility housed the MCI-528 from Spencer Proffer’s Pasha Recording. He later acquired Preferred Sound, a private studio in Woodland Hills, Ca. refurbishing it to house a SSL-6056 E/G-Plus. He recently rebuilt Artisan Sound Recorders in Chatsworth, CA. and transformed it into a world-class SSL-4064 G-Plus facility. His current studio project is a 4,200 square ft. custom designed and hand built facility that houses a 1972 vintage NEVE-8034 console with two-inch analog as well as Pro Tools/HD.

Look for more music from WILLIE BASSE, available at all digital media outlets worldwide, as well as live tour dates. Willie has a Podcast called, TALES FROM THE SUNSET STRIP It is Rock & Roll TV and Internet Radio at its finest featuring Current Events, Entertainment News and Interviews with Entertainment Icons from Stage, Screen & Business. Visit http://thesunsetstriponline.com

FREE for Android and iPhones