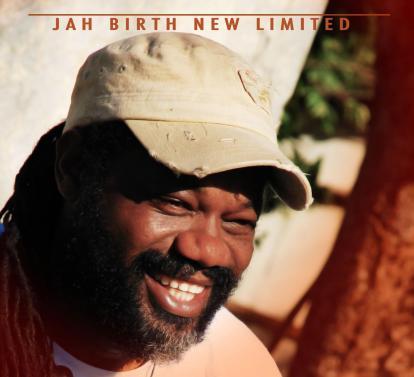 From gracing the cover of French Vogue to touring the world over, Delroy “WormBass” Nevin has had the sort of career most aspiring artists dream of having.

A humble and renowned musician, WormBass has played countless basslines on stages across the globe and in recording studios from Kingston, Jamaica to Los Angeles, California, London, England and Toronto, Canada to name a few. He has toured with and produced for the likes of Sean Paul, Barrington Levy, Lady Saw, Tanya Stephens, T.O.K. and Chaka Demus & Pliers. For the latter, he also produced their Back Off the Wall album in 2007 during a 3 year tenure with the Canadian based label, Explorer Recording Company.

While with Explorer, WormBass also produced the album It’s My Time by Everton Blender as well as multiple rhythms including Girls Gone Wild, Jealous Eyes and Bad Day. In addition, WormBass is credited on both multiple award winning, self-titled, debut albums by Juno winners Blessed and Lenn Hammond.

From touring to managing, and being a father of four, WormBass has often had to postpone completion of his own projects, including his album. That is until now.

Fast forward to 2011 as WormBass is unleashed. His first single, Bring Back the Paradise, is a fast paced reggae infused dance track that will rock nightclubs from Kingston to Amsterdam, Miami to Tokyo, New York to Johannesburg; Toronto to Taranto, Alaska to Australia and everywhere in between.

Creating his debut album and preparing for its worldwide release, WormBass is focused and ready to fulfill his destiny, as this journey is only just beginning.

The Plan is the next cut from WormBass' forthcoming album, Control.

Like the rest of the album, the music on this one is as rich as its universal messages.

WormBass, is a renowned, yet humble musician whose repertoire includes playing, producing, and writing with, and for, a list of who's who in this business. He has played countless bass lines in recording studios and on stages across the globe with some of the biggest names in Reggae.

Thus having earned his place in Reggae music history, WormBass feels that at this point in his career, it's time to change the plan. "I have things I want to say, things I want people to know that the bass just couldn't say, so singing is a must. I'm not new in this; I'm just continuing the journey and expanding my horizons."
His recent feature on Canada's largest online news site, The Star.com, in an article entitled  Jamaicans love their music and it's music to love is only the beginning for WormBass.

"My debut album, Control, is a gift from me to the world. It's about truths, rights, justice, and love. It's dealing with the truth, the album is the truth."  The collection of songs on Control is filled with poetic lyrics, social commentaries and themes of revolution, all penned by WormBass. Accompanying him on the project are some of Jamaica's best known musicians alongside others who are getting their first break.
Update Required To play the media you will need to either update your browser to a recent version or update your Flash plugin.
Download Download
Back
You Tube