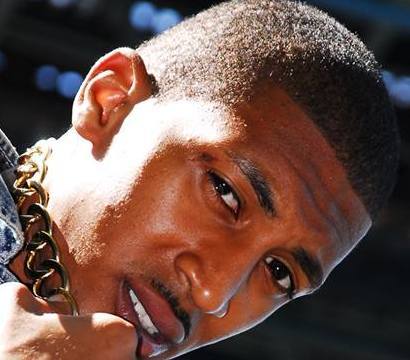 Y Millz, projects his energy on the stage hyping the audience sometimes even cracking cool jokes in between songs. He brings his own original style Y Millz was honored with the position of B.B Simon Official Page sound track Ambassador  https://bit.ly/2tAyK0t Y Millz, has been supporting and wearing B.B.SIMON SWAROVSKI CRYSTALS over the last decade. He has inspired people to wear these fashionable flashy belts over the years. He was the first & only artist in 2009, to make a B.B.SIMON song. Now 10 years later in 2019, check the out the new Updated song.

Y Millz, was featured in the News !2 Bronx.

"Artist and actor Norman Reyes gave the spinners away for free to the first 100 kids Sunday.

The giveaway was held at St. Mary's Park in Mott Haven.

Attendees say the event was a great way to encourage positivity in the community.

Parents also got to enjoy an adult basketball game at the event."

Look for Y Millz in his first acting role as a principal in "The Eric Andre show," on Adult Swim. Y Millz, as Prince; another principal role in "The Gospel." A short film based on multi Grammy recipient Alicia Keys.

His fan base stretches as far as Fukokua, Japan, where is crew Grind or Die Hurstle or Starve has the most prominent members. We trust that Y Millz, is an invaluable asset for any major record label with the right offer.

LIKE Y Millz Verified page on Facebook to be up to date on  his social interactions. BOOKINGS: info@ymillz.com

Y Millz will be serving home made plates for the homeless and people in need. location will be updated. make sure to follow on @_YMillz on Twitter