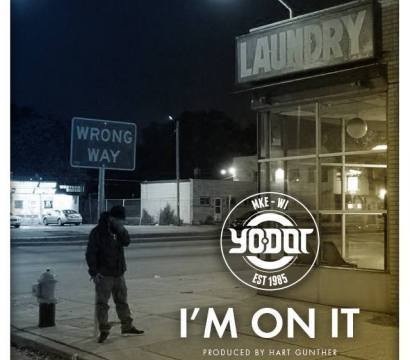 Demetrius Bennett a.k.a YO-DOT was born March, 16 1985 in Milwaukee Wisconsin. He is a recording artist under the Independent Imprint Umbrella Music Group located in Mlwaukee, WI. YO-DOT has been featured in various blog publications (HipHopdx, DjBooth.net, Donuts & Milk, Kevin Nottingham, etc.) for his past projects (Dot-Balistrerri, Shorecrest Memoirs, Red-Mist) and was also very active in the ever-so growing online battle circuit (Grindtimenow, Worldstarhiphop.com). Musical influences include Scarface, Jay-Z, Nas, and Dr. Dre, Snoop, Eminem, and list of other elite artists. Growing up in the violent-elusive crime areas of Milwaukee’s Northwest side, Dot used hip-hop music as an outlet to escape the troubles and temptation that plagues the inner-city neighborhoods of Milwaukee still today

With numerous acolytes under his belt and a unbelievable list of past spot date performances helping his Partner-N-Rhyme Proph open up for some of Hip-Hop’s most innovative & new artists (Wiz Khalifa, NERD, Kid Cudi, Jay Electronica, Machine Gun Kelly) Yo-Dot continues to move forward not complying with today’s corporate standards of rap music’s expectations to appeal to a current fan base demographic. Fresh off his critically acclaimed release RED-MIST (Milwaukee Journal Sentinel’s TOP Hip Hop Album of ’12 & One of Milwaukee’s TOP 10 Albums of ’12 as well) Dot is gearing up to release his new project “Sherman Park Memoirs” which is a ode to his neighborhood and upbringing this June 12, 2013.

The best has yet to come…